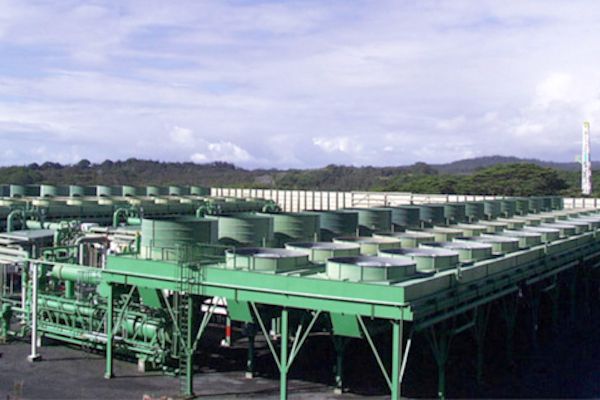 Despite the fact that we usually associate volcanoes with destructive forces - you know, lava flow, eruptions, earthquakes etc. Sometimes, active volcanoes can be considered a  blessing. “How so?” you might ask. Well, the gift comes in the form of an energy source that only a volcano can give, called “geothermal energy.”  Have you ever heard of it?

When it comes to renewable energy, we all know about utilizing solar, wind, and even ocean waves. Geothermal energy is more rare because it’s only available in areas that are near an active volcano or rift line. In Puna, you’ll find the only geothermal plant in Hawaii. The plant produces about 25 percent of Big Island’s electricity.

So, how does geothermal energy work in Puna? First, a mile-long deep hole was drilled into the ground, reaching the underground water reservoir. Because of the nearby volcano, all underground water is heated by magma so it’s steaming hot. When steam from the heated underground water shoots out due to high pressure, it’s captured by the geothermal plant. The steam is then used to drive a turbine that produces electricity.

After the steam cools into liquid water, it is then sent back into the ground to reheat. The pressure from the ocean refills these natural underground water reservoirs. And as long as there is magma to heat it, geothermal energy is not only very reliable but also unlimited. Unlike generating electricity from solar or wind energy, geothermal electricity can be generated non-stop- 24 hours a day. Not bad, for a state with the highest electricity bills in the US!

But, it does come with some downsides. For one, the process of injecting water back underground is said to be a type of fracking, and could cause  earthquakes in the area. Also, there is a certain level of pollutants or toxic chemicals that are generated in this process. So despite the fact that the Puna’s geothermal energy has the potential to supply power for the entire island, these reasons make local residents skeptical of the geothermal plant.

And to further complicate the situation, Hawaii’s state law declares all ground mineral rights are not free, and in fact owned by the state government.  And this includes steam! That’s right, any water vapor above 150 degrees F is owned by the government. So, even though the steam is returned to the ground as water, the energy company has to pay millions of dollars every year to the state in order to lease the rights of the steam. Interesting, huh? So unlike wind and solar, geothermal is not free! But rather, a gold mine for the state of Hawaii!

Puna’s geothermal plant is sadly not open to the public, but there are hot springs around the island that are warmed in similar ways.