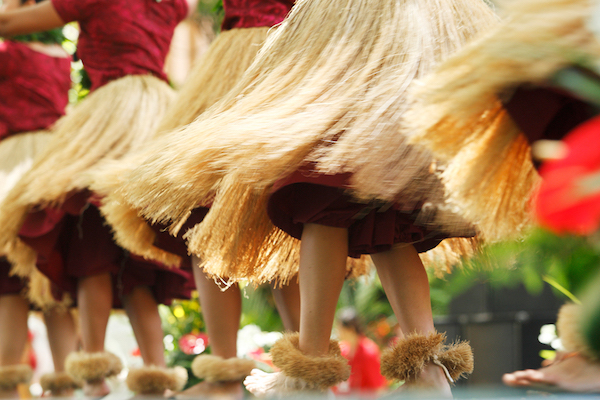 What springs to mind for you when you think of Hawaii? One of the first answers for a lot of people is ‘hula dancing’.

But did you know that at one point in history, the hula almost became an extinct form of dance?

As the Hawaiians became converted to Christianity, the missionaries started to add a few more lines to the Ten Commandments - like ‘thou shall not hula dance’, and even ‘thou shall not go surfing’! Can you believe it? Well, this is likely because back then, hula and surfing were done topless or with very little clothing, and were also connected to the old traditions. The missionaries thought it was immoral... you get the picture. Before long, many other cultural practices were considered pagan, and banished from society, as the work of the devil.

Whatever happened to the hula?

Well, fortunately, hula was still practiced quietly, until a king thought to revive this traditional art.

His name was king Kalakaua, often called the Merrie Monarch.

If you have never had a chance to watch a hula performance, you might want to consider it. The dance itself is meant to tell a story, or represent movements in nature. The hula was used to pass down traditions and history, and also taken quite seriously as an art form.

In recent years, there has been a great resurgence of the hula dance. In fact, there is a week-long hula festival held every year in Hilo, called the Merrie Monarch Festival. We like to call it the “Super Bowl of hula.” Hula Halaus (hula schools) from around Hawaii, and even the rest of the world, come to perform and compete in this traditional Hawaiian dance.

The festival week begins on Easter Sunday every year (I wonder how the missionaries would like that) and tickets are always sold out well in advance. But don’t worry - the festival is now streamed live on the internet, so anybody can watch it online.

Oh, and one last thing. The hula is not just for women! In Hawaii, it is very much a man’s dance as well, with more masculine movements that communicate dominance in battle, power, and strength, all that stuff.

Want to check out some hula?