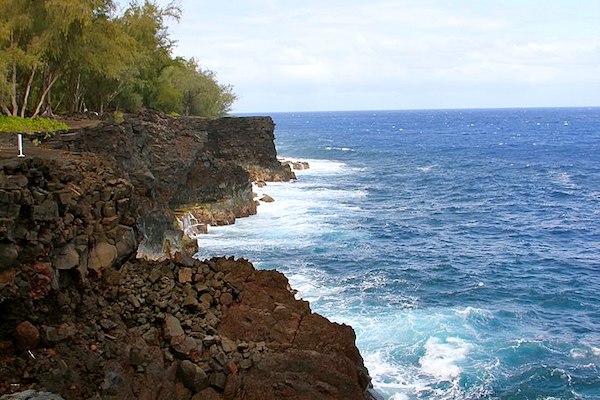 When you’re in Puna, it’s a must that you visit the Mackenzie State Park Area. This is kind of a remote and peaceful place with tall ironwood trees that line the road. But don’t get fooled by this serene appearance. This park actually has a pretty spooky history! Continue reading, and let me tell you some creepy legends about this place.

The first story starts with the creation of the park in the late 1850s. Back then, prison convicts were brought in and forced to work in this remote area to clear the rainforest. Without sanitary drinking water, many of them died from heat and exhaustion. Many people say their unmarked graves are scattered across the park, along with the ghosts of their haunted past.

Another story says that there used to be an ancient trail that crosses through this park. Locals are convinced that the ghosts of ancient Hawaiian warriors still use this trail. They are called the ‘huaka’i po’ or the ‘night marchers.’ And believe it or not, people have reported hearing ancient battle cries and chanting on stormy nights. Some locals refuse to come to this park after dark, for fear of crossing paths with one of these ancient and powerful spirits.

Besides these creepy tales, more than one unsolved murder has occurred in this remote forest. Many people who walk here report hearing footsteps behind them, but when they turn around to look, nothing was there. Campers report stories of their tents being shaken violently in the middle of the night with no explanation! Some recount being woken up by blood curdling screams. Even local fishermen report seeing eerie lights and undiscoverable campfires throughout the forest at night.

If you are here at sunset, be sure to look out for the ghosts of unshaven men, pickaxes in hand, or the blur of a night marcher walking ancient trails. Or you may just sense an unexplained presence lurking in the forest. Or even find mysterious objects in your photographs! Remember that you are walking amongst the living and the dead... so watch out. It's said that these ghosts like to photo bomb!