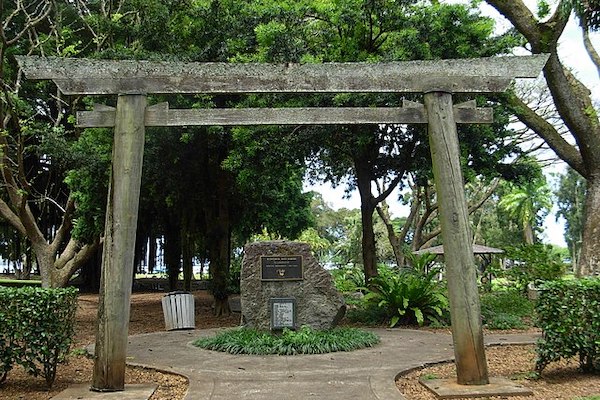 brewbooks from near Seattle, USA, CC BY-SA 2.0, via Wikimedia Commons brewbooks from near Seattle, USA, CC BY-SA 2.0, via Wikimedia Commons

Queen Liliuokalani Park is one of the gems of Hilo town. It’s known as the biggest edo-style garden outside of Japan! In the serene park, you’ll find majestic red bridges over koi ponds, statues, and pagodas, along with stone lanterns lining the pathways. In 1907, Queen Liliuokalani donated five acres of land for a public park to be developed. In 1917, ground was broken on the park, and the area was expanded an additional 10 acres by the Committee on Public Lands and internal improvements. Though it’s named in the Queen’s honor, the park itself is dedicated to the many Japanese immigrants that have lived in Hawaii since the early 1900's. As a sign of gratitude, many of the stone sculptures located in the garden were donated from these immigrants’ hometowns as the first pieces of decorative Japanese art in the park. There’s a plaque in the gardens that shows the details about Big Island’s sister city, Oshima, that’s located in Japan. Oshima is home to mount Mihara, the twin of Hawaii's mount Kilauea.

Want to visit the beautiful park?