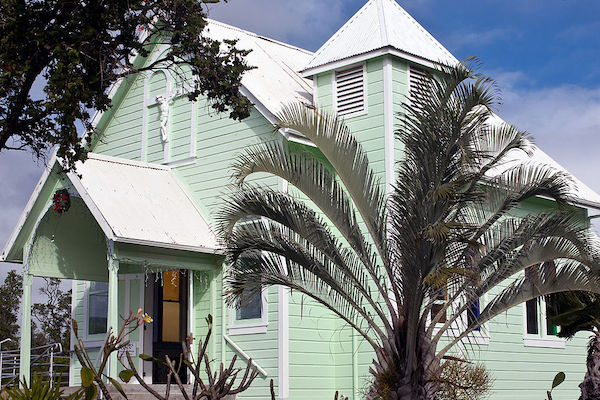 Worshipping Among Beautiful Art: The Star of the Sea Church

There is a community church called the ‘Star of the Sea’ church in Puna you must visit if you’re in the area. This church might look unassuming from the outside, but it’s like an art gallery on the inside. It was built in 1928 by a Belgian Catholic priest named Father Gielen. He painted the upper portion of the interior with different bible scenes by the light of an oil lamp!

Another artist came in 1949 and added a series of murals, called ‘frescos’, also of Bible scenes, giving the walls a three-dimensional aspect. He also painted scriptures in the Hawaiian language. The lower part of the church and the altar were painted by a man named George Heidler. The paintings tell the story of a catholic priest named Father Damien who served as a missionary in the leper colony on the Molokai Island of Hawaii. Back in the 1800s, Individuals with leprosy from all over the state were quarantined to a remote part of Molokai to keep the disease from spreading. Father Damien worked tirelessly taking care of the lepers before contracting the disease himself and died. He was eventually made a saint by the Pope.

What is even more interesting, is this church used to be located on the shoreline of the Kaimu beach. During the Kalapana lava flow in 1990 that we talk about here, the town made a decision to move the church out of the path of destruction to its new location, just down the road. The Church is open year round, every day from 9am to 4pm.

Care to visit the Big Island?