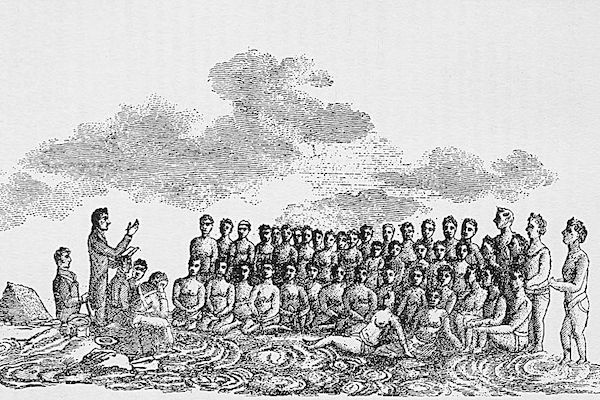 Christian Missionaries in Hawaii: A Bumpy Relationship With Hawaiians

Touring the Kauai North Shore and driving back to Hanalei town? Listen up. There is a very old church and mission house museum that were founded by early protestant missionaries we highly recommend you to visit. This church has an interesting backstory. To begin the story, let’s go back in time to the early 1800’s - when foreign merchant ships just started coming to Hawaii.

At the beginning, Hawaii was just a stopping point in the middle of the Pacific for merchant ships to replenish supply. Many of these American sailors would eventually return to their homes telling stories about these so-called half-naked savages in Hawaii. The American protestant missionaries from New England felt a sense of duty to preach the gospel to the Hawaiians. Finally in 1820 the first missionaries were sent to Hawaii. After a very long sea voyage, they finally arrived but were still a little uneasy about what to expect. But for these missionaries, the reception by the Hawaiian people was surprisingly very friendly.

Missionaries in those days felt that in order to preach effectively, Hawaiian people must learn how to read and study the scriptures. So schools were absolutely essential. With the support of the Hawaiian Monarchy and in only ten years, over 200 churches and schools were established throughout Hawaii. One of them is called “Waioli church”.

At the beginning, the Waioli church was just a pole and thatch hut. But was reconstructed over time, with brick and mortar made out of coral gathered from the ocean. Eventually a bell tower was built, that still rings out today. A school was also constructed where Hawaiians were taught to read the bible in their Hawaiian language.  During those early years, the literacy rate of the Hawaiian people reached an amazing 95%, thanks in part to these missionaries.

Up to this point, these missionaries were entirely supported by the church that headquartered in America. That all changed in 1852 when it was decided to have the missionaries be self-sufficient; basically, they would need to work to support their lives in Hawaii. This turned out to be a big mistake, because missionaries now had to split their time between working and church and school service. King Kamehameha III was concerned that the missionaries would leave Hawaii, so he decided to give them “an offer that they can’t refuse” - or in other words, selling them land for a very low price. In the end, many did stay, and went on to capitalize on the rich resources of Hawaii, forming companies and plantations. The posterity of these missionaries eventually became very wealthy landowners. Some of them became at odds with the Hawaiian monarchy, and eventually instigated the overthrow of the monarchy altogether. Many Hawaiian people to this day still feel a sense of betrayal from actions of these missionary descendants.

I recommend stopping by and checking out the old Waioli Church on your visit! It has beautiful stained glass windows, and behind the church is a mission house museum that is only open 3 days a week. Check it out and let us know what you think!