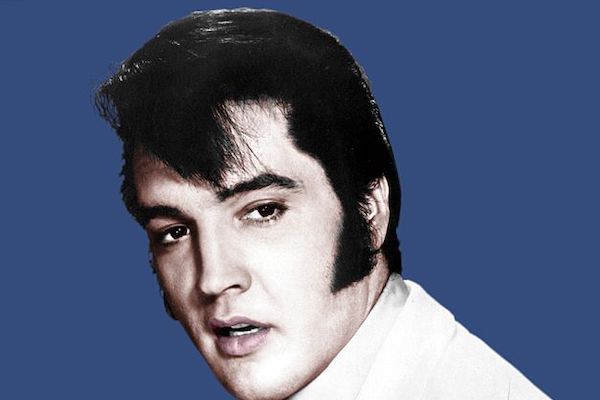 Hawaii and the island of Kauai have tons of  history lessons! However, for the next few minutes, why don’t we talk about a man that had a huge impact on Hawaii’s influence around the world. Can you guess? Here's a hint… a hunk a hunk of burning love…

That’s right, none  other than the legendary Elvis Presley! Elvis had a special love for Hawaii. With his music, films and concerts, he introduced Hawaii into every American home and beyond, from the mid 1950s through the 1970s. His closest friends said that there were only two places where Elvis felt at home - Memphis and Hawaii.

He first vacationed in Hawaii in November 1957, and truth be told, he was smitten with this tropical paradise. He was so inspired; he filmed three movies here, starting with “Blue Hawaii”  in 1961. The movie Blue Hawaii was the first major motion picture to showcase Kauai. This touched off a wave of paradise frenzy. Suddenly tropical floral prints, ukuleles, hula skirts and flip flops became the rage.

Along with the movies, the king of rock and roll wrote and performed a number of Hawaiian-inspired songs. His most famous are “Blue Hawaii” and “the Hawaiian wedding song.” These were off-the-chart blockbusters. He also introduced Aloha Oe  into mainstream America.

Elvis, in his love for Hawaii, also gave back big time. In 1961, Elvis’ manager read about the struggling campaign to raise funds for a Pearl Harbor Memorial for the USS Arizona. They learned that the memorial had only raised about $150,000 of the necessary $500,000 to build the memorial. It was natural for Elvis to help, since he was also a patriot who genuinely believed in the cause.

In march 1961, Elvis  held a benefit concert for the memorial with 4,000 in attendance. He was in peak form in his shiny gold sparkle jacket with silver sequined lapels. And he finished the show with a rollicking version of Hound Dog, and at the song’s end, slid across the stage on his knees.  The  15-song concert was among the longest of his careers. The benefit brought in $60,000 ($5,000 donated from Elvis himself). With all the publicity, soon after, money began to flow in. They met their goal of $500,000  just six months later. Today, the USS Arizona Memorial at Pearl Harbor in Oahu welcomes more than a million visitors a year. Partially thanks to the king of rock and roll... Elvis Presley.

It continues in our Poipu and Koloa Tour!