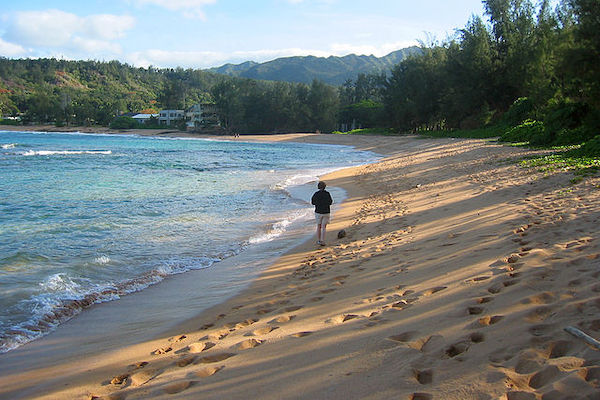 Gilligan's Island: How a Small Beach on Kauai Started a Big Show

The picturesque Moloa’a Beach is great for a stroll, or even a little swimming or boogie  boarding when the ocean is calm. Well, not only does this beach look like it came off a postcard, but you might recognize it from an old TV show as well! Remember the 1963 show Gilligan’s Island? It was filmed right here on this beach. In fact, the director had looked all over in Los Angeles and Catalina Island, but just couldn’t find that perfect white-sand beach covered with palm trees. Well, that was until he came to Moloa’a beach on Kauai!

Now, after the film crew for Gilligan’s Island arrived in Kauai, they realized that they needed a boat for the story. For those younger folks who didn’t watch the show, the whole story of Gillgan’s Island was about a group of people being shipwrecked. So the film crew went looking for a boat. Eventually they found one in Honolulu and towed it over to Kauai. Then the crew banged holes in that boat with a sledge hammer to make it look all beaten up. And so the USS Minnow of Gilligan’s Island was born! Later, as the show continued to the 2nd and 3rd season, the filming location was changed. But it all got started from this little bay of Moloa’a.