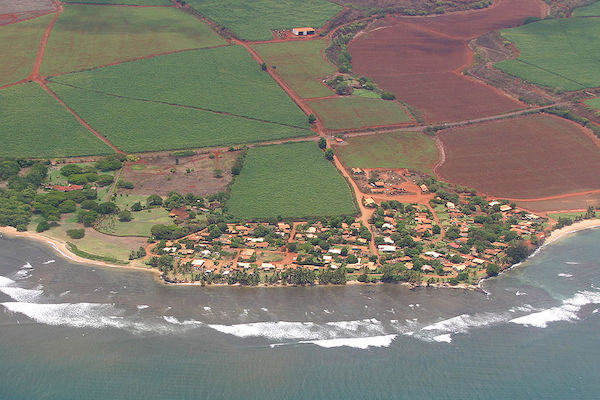 How Kauai Miraculously Escaped The Attacks of Kamehameha - Twice

Less than a year from the battle on Oahu, Kamehameha and his warriors set out to invade Kauai in the dark of night. According to foreign observers, the fleet included more than 1000 war ships, carrying an estimated 10,000 battle hardened warriors, many armed with guns and cannons. Kamehameha’s warriors had planned to arrive in Kauai by daybreak for a surprise attack. But, despite all the preparations and all the efforts, it seemed that Kamehameha forgot to do one thing. He forgot to check the weather forecast. Yes, that’s right, the weather turned out to be so bad that day that as the ships approached Kauai in the open water, strong winds and mountainous waves began to sink their ships. Soon, it was clear that despite Kamehameha’s might and his elite fleet of warriors, they were no match for mother nature. After boats sank and many of his warriors drowned to death, Kamehameha was forced to call off the attack and to turn back.

What a huge relief for the people of Kauai! It’s like they were spared from death! As for Kamehameha, he had his hands full with managing the affairs of his newly conquered Kingdom. So, he decided to put Kauai to the side for now and focus on governing his kingdom.

At this time Ka’umu’alii became the King of Kauai at the young age of 16. Because Kamehameha had killed all the other Chiefs - or Ali'i - on other islands, now King Ka’umu’alii of Kauai, had the purest royal blood… even more than Kamehameha himself.

The young King Ka’umu’alii was not dumb, he fully understood how Kamehameha felt about Kauai’s independence. Following Kamehameha’s example, Ka’umu’alii also began to secure Western weapons and firearms in preparation to defend his island.  Time quickly went by, some 6 years of eerie silence passed with nothing happening. Finally, Kamehameha sent a group of trusted ambassadors to Kauai asking for Ka’umu’alii to acknowledge Kamehameha as the supreme ruler and demanded he pay them taxes. Guess what the young King said? Fat chance! Or in other words: no way, no thanks!

Of course, Kamehameha was not someone accustomed to being rejected, and again swore in his anger to conquer Kauai - whatever the costs. Preparations for war soon began. After 5 years in the making, a large fleet of war canoes were made like none other seen before.

Of course, a great anxiety again came over the people of Kauai and King Ka’umu’alii. The King even secretly ordered his men to build him a small boat to escape if the defenses of Kauai failed.

Back on Oahu, Kamehameha was making careful preparations for the attack, making sure that he wasn’t leaving any chance for failure. Yes, I think he even checked the weather report this time. However, right before the attack, a prophet came to warn him to not attack or a great pestilence would fall upon his men. Kamehameha proudly brushed it aside, not  believing the prophecy.

Just before they were about to attack, an outbreak of cholera swept through Kamehameha’s army. Cholera the disease had a nickname, called “the squatting sickness” in Hawaiian, likely because…well, you guessed it, lots of toilet runs. To make a long story short, the disease completely decimated Kamehameha’s army, killing most of his warriors. Even Kamehameha himself got sick but survived. Of course, the invasion was again called off.

Now striking out a second time, Kamehameha was quite upset, taking this as a bad omen.  The people of Kauai and King Ka’umu’alii, on the other hand, were  overjoyed at their good fortune. But... was that the end?

Want to hear the rest of the story?