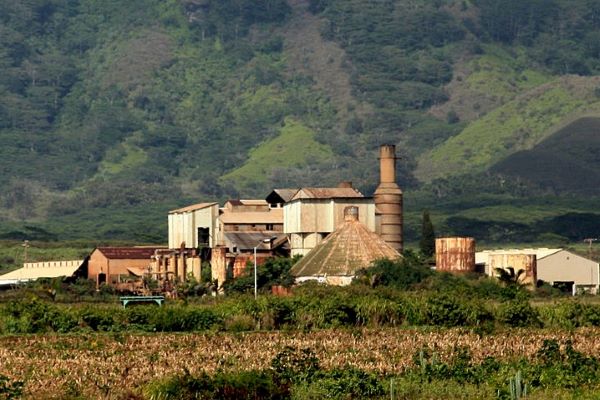 Let's go back in time to the late 1800’s, well over one hundred years ago. In those early days, it was discovered that sugar cane grew very well in Hawaii. Now, sugar cane is used for almost all the sugar that humans consume. Yes, that includes your cookies, soda, candies, ice cream, and whatnot. At one point, Hawaii was a top sugar producer in the world. In those days, sugar plantations covered all the islands in Hawaii. That, of course, includes Kapa’a and the surrounding areas.

The rise of sugar brought an economic boom to Hawaii, but also caused some significant challenges. For one, sugar plantations are labor intensive. Over the years, hundreds of thousands of immigrants - primarily from Asia - were brought in to work the sugar cane fields. Unfortunately, members of these Asian immigrant communities were often mistreated by plantation owners. Today, in Kapa’a, you can still find a lot of the artifacts from that era such as the remnants of an old train system that once transported sugarcane and pineapple around Kauai.

Another change, is that in order to support the industry, Hawaii, the once secluded paradise was now being developed with western money and influence. Houses, buildings, irrigation canals and even train systems were being constructed. Today, you can still find a lot of the artifacts from that era in Kapa’a.

Learn more about it on our Wailua Valley and Waterfalls Tour!