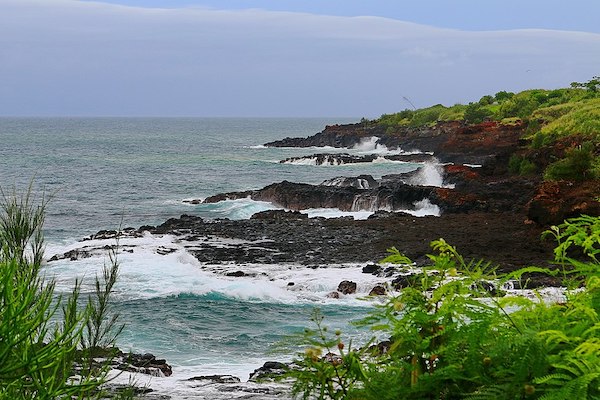 Koloa Landing: The Shipping Port of the Past

Have you ever stopped by Koloa Landing in Poipu? This unassuming spot doesn’t look like much now, but in the mid-1800’s this was the main shipping port for the entire island of Kauai.

Since Hawaii is smack dab in the largest ocean on earth, you might wonder: how important could this little landing be? Well, back in the days when ocean voyages across the pacific easily took months to complete, a stop where supplies and provisions could be replenished was really important. And Hawaii’s location makes it a perfect stopping point for trading routes between the Americas and Asia.

At Koloa Landing, merchant ships would stop to get fresh water and food items. Later, more ships came with the rise of the whaling industry. Whaling is a practice of hunting whales for their blubber, skin, teeth and bones. Later, after the whaling industry subsided, sugar became the thing. Plantations in Kauai also shipped out their harvests from Koloa landing.

Despite all of this, eventually the landing was closed. Nawiliwili arbor in Lihue replaced it and became Kauai's  modern harbor that could house commercial ocean liners.

When you stop by on Shaka Guide's Poipu and Koloa Driving Tour, look out into the bay, just imagine what it must have been like here at the landing 100 years ago. A busy place where dozens of merchant ships with tall masts anchored out in the cove.