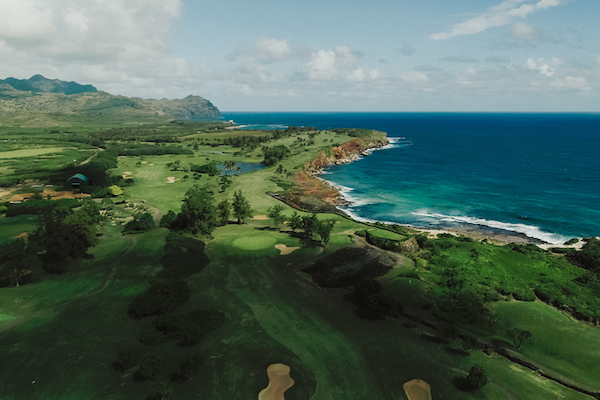 Before the Hawaiian Islands were united and became one kingdom, each island was ruled by its own chief. They were constantly warring against one another, each seeking to conquer the other. Kauai, on the other hand, was a place of peace and prosperity, and never conquered by war for more than 500 years. How is that, you might ask? Why was Kauai so special?

Legend has it that this all started in the 14th century with the King of Kauai. His name was Kukona. During Kukona’s reign, an ambitious Chief from Big Island succeeded in conquering and capturing the Chiefs of Maui, Oahu, and Molokai. But when this Big Island chief came to conquer Kauai, he was soundly defeated by King Kukona. Not only that, but all the other island chiefs were also captured by King Kukona of Kauai. But instead of killing them, King Kukona was wise, and decided to take the 4 captive chiefs on a tour of the island.

As they walked near the present day Koke’e beach, King Kukona - for some reason - decided to take a nap. Seeing their opportunity for vengeance, the captured chiefs of Oahu and Molokai plotted to kill him in his sleep. But the Chief of Maui objected, defending King Kukona’s kindness of not killing them in the first place.

Just at that moment King Kukona stood up from his sleep and said “I have had a dream that all of you were plotting to kill me but only the Maui Chief stood up for me.” They were surprised to see that he was awake and overheard what they had said! Kukona could have easily just put them all to death - but again, instead of doing that, he chose a better way. Now, you need to understand that having all the chiefs from each island gathered together was quite a significant moment in Hawai'i history. I mean, I would compare it to maybe the G8 or G20 meeting nowadays, where world leaders gather. You know what I mean?

Anyways... King Kukona, to his credit, spared the lives of the captured chiefs, on one condition.  Each would have to swear never to invade the island of Kauai... never in their lives or the lives of their descendants. The Chiefs, sighing with relief, agreed, and swore it with a solemn vow. They even made a small memorial as a token of their promise.  It is said that because of this promise, Kauai remained an independent Kingdom free from wars for over 500 years… Well, until King Kamehameha came onto the stage.

Now, it was the late 18th century and all of the islands were still desperately warring against each other - again, all except for Kauai. Around that time, a renown kāula, or prophet, prophesied  that a great one would someday rise up to unite the islands. The young Kamehameha, a lower ranked Chief - or Ali’i - of the Big Island, believed that it was his destiny to become this great chief, and was willing to pay whatever price it took.

Now back on the other side of the world, the American Revolution was taking place. Because of the revolution, Americans lost their ability to trade with the British, so they began setting their eyes on trade routes in Asia and the Pacific. But with a large ocean between the American continent and Asia, Hawaii became a perfect place for merchant ships to stop over to replenish their food and supplies. As more and more of these merchant ships came to Hawaii, guns and ammunition  were traded with Hawaiian chiefs. Eventually, these western weapons would be used by the chiefs in their warfare to conquer each other, killing hundreds of thousands of Hawaiians.