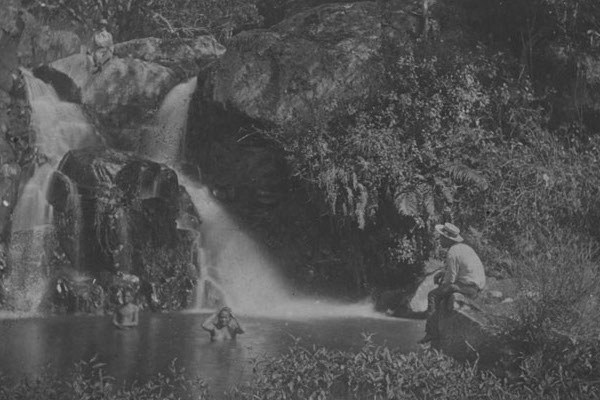 Leper War on Kauai: When the Diseased Fought Back - and Won

I’m pretty sure you have heard of the writer Jack London. Some of you might still remember reading his book “The Call of the Wild” in elementary school?

Jack London was actually a big fan of Hawaii, and made several trips to the islands during the early 1900s. From his trips, London observed and wrote many stories based on true stories of the Hawaiian people. One of these stories is called “Koolau the Leper.”

From around the 1800s, foreigners began flocking to the islands, and brought with them many deadly diseases. Like the native Americans after the arrival of Europeans, Hawaiians also had no immunity against these diseases. Hundreds of thousands of people died. It was a very sad time in the Hawaiian history.

One of these deadly illnesses was leprosy. Leprosy was highly contagious and considered incurable in those days. After the American government took over Hawaii, a new law was established that anyone found with leprosy had to be exiled to an isolated colony on the small island of Molokai. Once you were exiled there, you were declared legally dead and could never leave the colony to see your family or loved ones again. Because of this, Hawaiians called leprosy the separating sickness.

However, not everyone was supportive of this new law. Some say that the government enacted this law only to protect the economic value of Hawaii.

In 1893, there was a group of lepers who resided in a remote village here in the mountains of Kauai. Their leader was a man named “Ko’olau”. Ko’olau and his fellow lepers desired to be free, and resisted being exiled to Molokai. However, the local sheriff fully intended to enforce this new law, and capture the rebellious lepers.

One day, a fight broke out and Ko’olau shot and killed the sheriff. When the news got to Sanford Dole, the Hawaii governor at that time, this rebellion was treated as an act of war. A platoon of 35 soldiers from the national guard was sent to capture the lepers - dead or alive.

Shortly after the platoon arrived in Kauai, they set up a camp and began a search. Over the next few days, most of the lepers surrendered themselves as prisoners. But their leader, Ko’olau, and his wife and son, resisted. A small arms fire broke out in the following days between the two sides - killing 4 soldiers.

Ko’olau and his family, with their superior knowledge of the mountains, were unharmed. The platoon tried many ways to force the leper and his family out, including blasting the mountain with a cannon. However, with the dense forest as their protection, Ko’olau escaped every time. Finally, after days and days of fruitless searching, the platoon gave up and went home.

Ko’olau and his family lived out the rest of their years in fear and hid themselves deep in the valley. But they couldn’t hide from leprosy - in time they all died from leprosy. All except for Ko’olau's wife Pi’ilani.

She later returned to civilization and was received with a hero’s welcome. Pi’ilani wrote her story in a beautiful Hawaiian poem.

Jack London, on one of his trips to Hawaii, learned about this incident and wrote a dramatized short story called Ko’olau the Leper.

Listen along with our Waimea and Na Pali Tour!