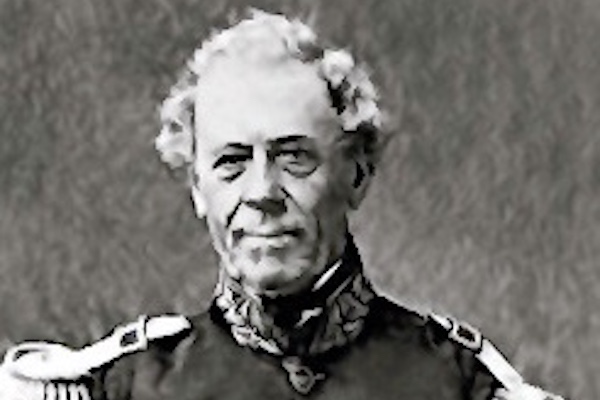 Robert Wyllie & His Death: The Dark Story of Princeville's Origin

Robert Wyllie is an eccentric and adventurous Scottish man, who became a successful merchant upon his arrival in Hawaii. He bought a plantation in Kauai where Princeville is located today. 8 years after his arrival in Kauai, He invited King Kamehameha III and his wife, Queen Emma, along with their toddler son, Prince Albert to come out for a visit. During the royal stay, Wyllie named this area after Prince Albert, and called it Princeville. The name stuck and is still called Princeville today.

As time went by, Wyllie’s Princeville plantation began losing more money than what it was making. Wyllie was quite the bubbly statesman, always entertaining foreign guests and dignitaries - but under the surface, his plantation was a huge failure with a massive debt.

Over the years, many different crops were tried: coffee, tobacco, citrus oranges, even silkworms imported from China - but nothing seemed to work. Finally, sugar cane was tried with some moderate success. Encouraged, Wyllie then decided to build an impressive sugar mill in Hanalei next to the river. The Sugar mill would prove to be more for show, than practical. As he would eventually find out, Hanalei valley was just too wet a place to get a good sugar cane harvest.

As Robert Wyllie started to age, as a lifelong bachelor with no posterity, he began to look for an heir to inherit his estate. He tapped a young nephew to become his heir with only one condition: He had to change his last name to Wyllie. 'Sure, why not,' the young man must have thought, 'changing my name in exchange for a large estate sounds like a sweet deal, right?'

Well, only months after the aged Wyllie passed away, the young Wyllie would find out that the estate he just inherited was not only unprofitable, but weighed down with extreme debt - causing him to sink into a deep depression. One night, as a group of friends gathered for some food and music, the young Wyllie was noticeably acting strange. When someone suggested making some limeade, the young Wyllie volunteered to get a jug of water. However, he never returned. His friends would eventually find him in an outhouse with blood gushing from a wound in his throat that he had cut with a razor. Sadly, the young Wyllie soon died.

The following year, the Princeville estate was auctioned off and sold at a great loss. After being a cattle ranch and grazing lands for many decades, Princeville was eventually sold in the 70’s as a prime resort destination.

Although Wyllie’s legacy had a sad ending, perhaps there is a moral to the story. For us, it’d be that the next time your rich uncle offers you their inheritance, before you say yes, make sure you're getting more than just a pile of debt!

Want to visit Princeville for yourself?