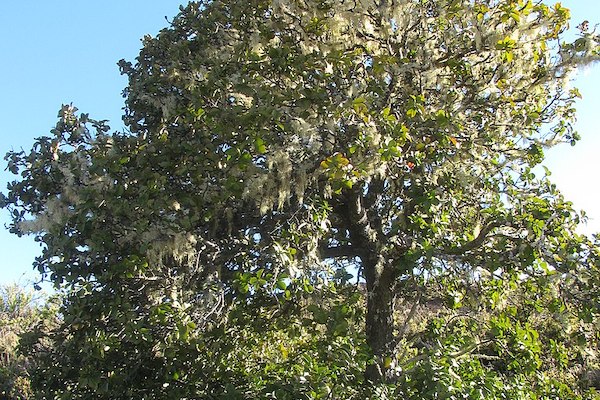 Sandalwood: The Wood that Enriched the People - but Destroyed the Land

Few of the trees that live on the island today are native to Hawaii. Many of them were introduced and planted later, after Westerners arrived in Hawaii. Among the native tree species in Hawaii, one that it highly prized is the sandalwood tree. Although it originally came from South East Asia, there was a unique variety that developed in Hawaii. At one time, this precious wood grew abundantly on Hawaii’s mountain slopes, but now you can hardly find them. So…what happened? Well, sit back and let us tell the interesting story about the Hawaiian Sandalwood tree.

After Captain James Cook of England discovered the Hawaiian Islands and the native people that dwelled here in the 18th century, Westerners began flocking to Hawaii. You see, because of its location, Hawaii was the perfect place for ships to make a layover over a long trans pacific voyage. Here they stopped to replenish their supply of food, water and wood. The Western sailors would use metals, weapons and other manufactured goods to trade with the Hawaiians. In those days, there was no metal in Hawaii. So these Western goods were highly desirable to the natives.

As the story goes, some American ships stopped by Hawaii to replenish their supply of wood. This ship then sailed to China. While in China, the Chinese were surprised to find that the ship was burning the precious Sandalwood as firewood. Sandalwood is highly prized in China. The wood contains an oil that makes it fragrant and even medicinal. Owning furniture or anything made with Sandalwood was a status of wealth for the Chinese people. This discovery came at just the right time when American traders were seeking to recoup their losses suffered during the American Revolution.

Seizing this opportunity to make a fortune, the traders returned to Hawaii and struck a deal with the chiefs. Sandalwood for cannons, ships and guns. And just so happened that during that time in Hawaii, there was sort of a civil war going as chiefs were engaged in constant warfare against one another. This made a chief’s ability to procure Western weapons a great advantage against his rivals. So seemingly overnight, chiefs ordered commoners to cut sandalwood from the mountains and haul it to shore. There it was loaded and shipped out to China by the boatloads! That’s right, forget Made in China, back in those days, it was all made in Hawaii! However, a massive deforestation soon followed as a result. What’s worse, the greed of those foreign merchants and the Hawaiian chiefs was devastating not only the scarce sandalwood, but also the people of Hawaii.

You see, at that time, there were no pack animals in Hawaii. No horses, cows, oxen, mules, donkey, or any animal of that sort. So who carried the sandalwood from up the mountain to the shore? It was the people. They were forced by their chiefs to carry wood on their backs and walk the long haul. And this had to be done both night and day. But more than just the physical exhaustion, depleting the forest in this manner was also against the tradition that the Hawaiians had lived by for generations. A common phrase of “Malama Aina” means that if take care of the land, the land will in turns take care of you. It had also been customary that when each tree was felled, proper ceremonies and respect was paid to the Gods. But all of that was now gone when traditions confronted the new rules.

Despite its depletion, in recent years, a sandalwood restoration process has been underway. Hopefully in the future, these precious trees can be seen growing in the mountains of Hawaii again.

We talk about it more on our Wailua Valley and Waterfalls Tour!