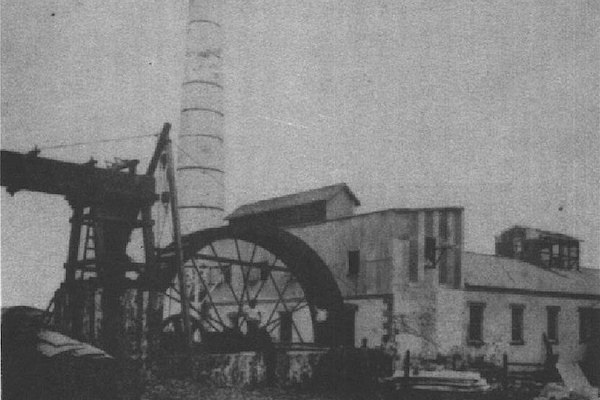 Have you been to Koloa Town? Koloa is a perfect little town to do some shopping and grab a bite to eat when you’re in Kauai for a vacation.

Koloa was the center of this area during the sugar era. It’s where the sugar mill was located. Let's take a moment here - I want to tell you a little about the history of sugar plantations in Hawaii.

Sugarcane is the crop from which the sugar we eat is made from. Without sugarcane, you probably won’t have your favorite sweets, like ice cream, chocolate, or any type of sweetened foods. When polynesian settlers arrived in Hawaii, they brought the sugarcane plant with them. They called it ko. Hawaiians grew small patches of ko near their houses. They raised over 40 varieties of ko, and used it to sweeten their foods. But they didn’t eat it they way we do nowadays. Instead of refining it into sugar crystals, they simply chewed the stalk to suck on the sweet juice.

In the early 1800s, as foreigners began arriving in Hawaii, many saw Hawaii as a new frontier for business to make a fortune. Many of the first westerners to settle, were actually Christian missionaries from the New England areas in America’s north east. At first, the missionaries were supported by their churches. However, as church policies changed, missionaries were required to look for ways to make money and support themselves. They and their descendants, using their close ties with the Hawaiian monarchy, often found favorable deals for land at lower prices. Many eventually became very wealthy. Around this time, three American businessmen traveled to Hawaii, and founded a business called Ladd & company. Soon, the founders partnered up with some missionaries, together they convinced king Kamehameha III to lease them 980 acres in Koloa for 50 years at $300 per year. And that became the beginning of the Koloa plantation, which was actually the very first successful sugar plantation in Hawaii.

Within two years of production, the Koloa Plantation had produced 4000 pounds of sugar and 700 gallons of molasses. Seeing their success, plantations began popping up everywhere in Hawaii. Soon, Hawaii became a top exporter of sugar in the world.

Now, growing sugarcane is a labor-intensive business. However, instead of taking care of their employees, the plantation owners paid their Hawaiian workers a whopping $2 a month in “kauai currency.” It wasn’t real money, but more like a voucher that they could only use at plantation stores for what they needed. The workers waged an unsuccessful strike for higher wages in 1841. But instead of increasing their wages, the plantation owners began to import cheaper foreign labor from China, Japan, Portugal and the Philippines.  As a result, a large number of immigrants flooded into Hawaii. After generations of interracial marriages, Hawaii has now become a melting pot of cultures, like nowhere else in the world.

Another drastic change brought by the sugar plantation, was the disintegration of the social system that Hawaiians had lived by for over a thousand years. See, plantation lifestyle was unique in that each plantation was almost a self-contained micro society. Workers all lived in plantation homes, there were all kinds of shops, stores, and entertainment centers. Basically everything that the workers and their families needed, was provided by the plantation. This system transitioned the islanders away from their dependence on chiefs who they once revered as the gods, and created a new kind of dependence on their employer, who controlled pretty much every aspect of their lives.

Eventually, these plantation owners grew so powerful that they even overthrew the Hawaiian monarchy. Many of the participants, sadly, were the decedents of early missionaries.

There is a saying that sugar was the king of Hawaii. And it’s true. For almost 100 years, it was the main economic engine for the islands. And on top of that, it also brought about changes that fundamentally reshaped pretty much, well…everything

We discuss it further in out Poipu and Koloa Tour!