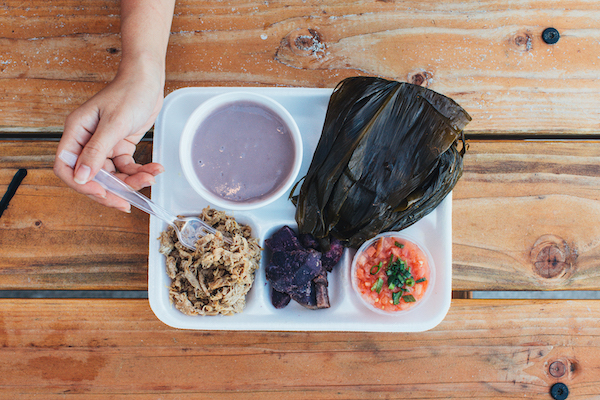 Taro & Poi: The Staple Food of Hawaiians From Ancient Times to Now

How exactly do Hawaiians eat taro? Mash it like you do to potatoes? Grind it and make flour out of it? Or cook it like how you cook rice? None of the above. To cook taro, you first steam it until the entire stem is cooked through. Then, you pound it with a lava rock. When it’s done, taro will become a smooth, sticky and purple paste that in Hawaiian, we call “Poi.” Yup, some like it fresh and sweet, some like their poi fermented and a little sour. Either way, poi goes quite well with meat and fish.

In addition to being an important food source, taro has a sacred place in the Hawaiian culture. According to Hawaiian legends, the first human being was named Kalo. He was, however, an unformed fetus born prematurely. After Kalo was buried, from the ground there grew a taro plant. Taro then became the food source for the rest of the humans who were the ancestors of Hawaiian people.

Want the chance to try some Poi?