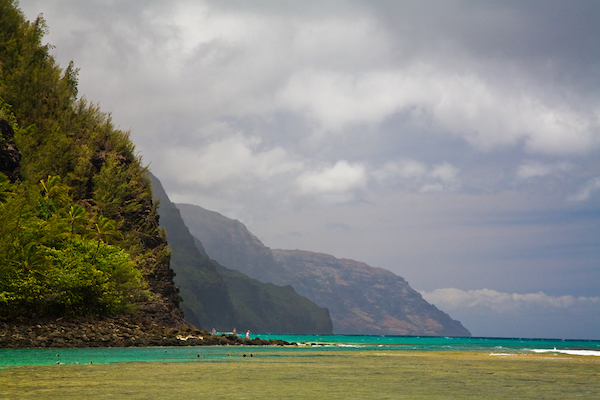 Taylor Camp: The Nude Hippie Settlement on the Beach of Kauai

Do you enjoy learning about stories and legends of Hawaii? Let us tell you another story but it’s something a little more modern. The story of a hippie nudist colony called Taylor’s Camp, that used to exist in a gorgeous stretch of beach in Ha'ena State Park.

The story started in 1969 - a crazy year that some of you may still remember!  Young people were protesting the Vietnam war, searching for peace and love, and looking to get away from organized government. These hippies or flower power people as they were called, started coming to Hawaii seeking their ideal of living freely. And Kauai was actually a preferred destination, since it was more remote and secluded with dense forests.

Around this same time, a man named Howard Taylor owned 7 acres of prime beachfront property near Ke’e beach. He wanted to build a home, but the state wouldn’t grant him a building permit, because the state was already planning to condemn the land. So, disgruntled Mr. Taylor turned the land over to a group of homeless hippies... and the Taylor Camp was born!

Eventually, this small group turned into a full-blown colony of people looking to get away from it all. Makeshift homes were made, almost like treehouses. There was a church called 'the brotherhood of the paradise children,' where all faiths were welcome. Many mystical spiritual experiences were shared. They supported themselves with fish from the ocean, and a modest garden that also grew marijuana that they then sold. Taylor camp was in a way the epitome of the hippie life - pot-smoking, drugs, sex, rock n’roll and free love.

Well, you might think that Taylor Camp sounds just like other hippie colonies. Well, that’s true, but Taylor Camp was unique in one way - many in the camp actually preferred to go about their daily activities completely in the nude. That’s right, men, women and even children went about their lives in the camp without the benefit of clothing.  I guess that was their way of living free.

If some of you are secretly hoping to make a stop at Taylor’s Camp on hearing this, I’m sorry but it’s not there anymore. As you can imagine, local residents in the community weren’t too happy about their hippie neighbors. After the land was condemned by the state in 1973 and losing a few legal battles, most residents of the Camp packed up and left. Still some insisted on staying, but after a few violent encounters, the state forced everyone out and burned the entire settlement to the ground.

It’s been more than 30 years since Taylor’s Camp was gone. But in a way, the hippie culture never left, just slowly became more normalized with the younger generation. So perhaps, in a way, the spirit of the culture still lives on...