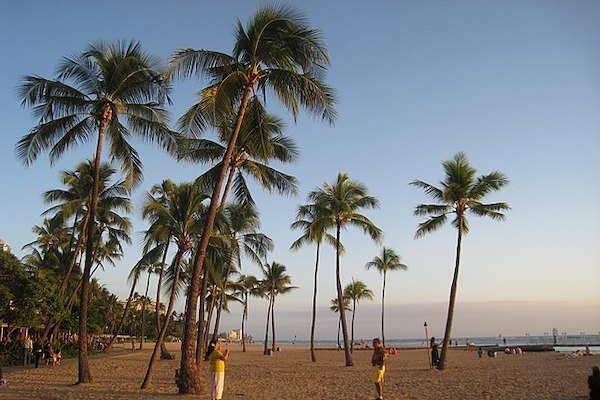 The Hawaiian Legend Behind the Coconut's Face

Did you ever watch Disney’s Moana movie? Well, although some critics think there’s too much of that Disney fantasy, the movie is pretty successful in bringing our attention to the great voyagers that these ancient Polynesian people were. Using the sun, the moon and the stars as their guide, they sailed across the immense Pacific Ocean in their canoes, populating the islands that they discovered, including Hawaii. Because the Polynesian people share a common ancestry, they share similarities to their language, traditions and even mythology.

Since we were just on the topic of coconuts, let me tell you a legend of how the coconut tree came to be. This legend is shared by many cultures in the Pacific, and it’s quite interesting.

Once upon a time, there was a little girl who had a pet eel. That’s right, an eel as a pet... don’t ask us why. Anyways, as the girl grew, she became a beautiful young woman. Seeing her beauty, her pet eel fell in love with her and wanted to marry her. This young woman became frightened when the eel proposed to her - so she ran away, afraid. One day, as she was bathing in a river, she spotted the eel staring at her. Angry, she screamed and said “You are starting at me like a demon!” The nearby villagers heard the scream, and killed the eel. However, as the eel was dying, it said to the woman “Although you hate me now, one day you will kiss me and thank me.” And from where the eel was buried, there grew a coconut tree, with a long trunk, just like the eel’s long body.

A few years later, a drought swept through the island. While most trees wilted and dried in the hot sun, the coconut tree survived and stood tall. When the villagers opened up a coconut to drink, they found 3 circles on the coconut’s inner shell. Those 3 circles looked just like the 2 eyes and mouth of the eel. From one of the holes, they put their lips and drink the coconut water. All drank that life-saving water, and so did the young woman, fulfilling the eel’s prophecy.

So, if you have a chance to stop by a fruit stand while in Kauai that sells coconuts, ask to see the inner shell.  See if you can find the face of the coconut, or the 3 circles on the coconut’s shell.

We talk about more on our Wailua Valley and Waterfalls Tour!