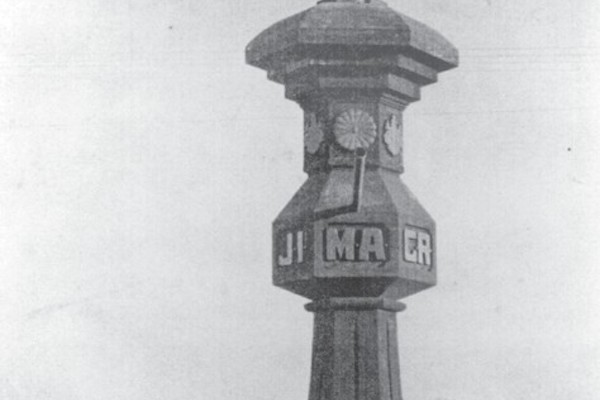 The Japanese Immigrant Monument That Was Lost to Time - Until Now

In the late 1800s, sugar plantations in Hawaii brought in hundreds of thousands of Asian immigrants to work the fields. Many of them were from Japan. Although some eventually returned home, most of these immigrants stayed and made Hawaii their home. In 1904, a war broke out between Russia and Japan that historians call the Russo-Japanese War. On learning about the war, the Japanese immigrants in Kauai took up a collection of money to send home, in hope to help their mother country fight the war. However, the war didn’t last long and was soon over. Surprisingly though, the money was returned back to them. However, nobody knew what to do with the money. Finally, someone suggested using the money to create a monument. So, in 1915, a monument was constructed and dedicated to the Emperor of Japan. The monument is shaped like a lantern, symbolizing light and enlightenment.

However, after that fateful day of December 7, 1941 when Japan attacked Pearl Harbor and officially brought the U.S.  into WWII, anti-Japanese sentiment began to grow in the community. One night, someone in Kapa'a knocked down the lantern and buried it. There it stayed, all but forgotten. It wasn’t until some 30 years later in 1972, while construction work was underway in the grass field, that the lantern monument was unearthed. But again, no one knew what to do with it. So it was buried back again, for the second time.

It wasn’t until 1985, a Japanese-American Mayor in Kauai named Tony Kunimura led an effort to restore the lantern. But the project was again postponed, and went nowhere. It wasn’t until very recently that volunteers from the community were finally able to secure federal funding to restore the stone lantern where it stands today. Kind of a neat story huh?

Want to see the lantern monument?