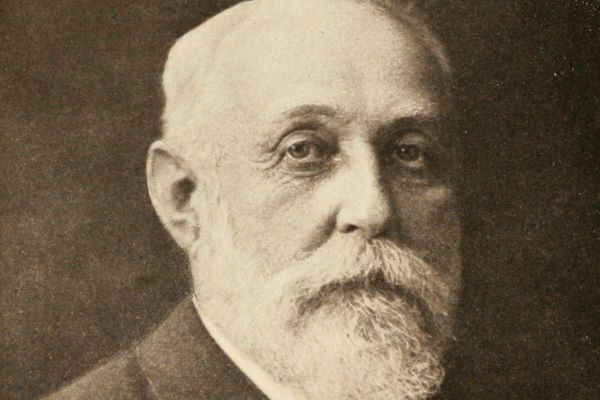 William Hyde Rice: How One Immigrant Helped Preserve the Hawaiian Culture and Land

Let me tell you a famous Hawaiian story that starts way back in 1840. The Rice family of New England moved to Hawaii as protestant missionaries.  After teaching on Oahu for a time, they eventually moved to Kauai. The husband was made a plantation manager.  He came up with the first irrigation system used in Hawaii’s sugar industry, and it was a great boon to the struggling sugarcane business in those early days. At first it was just a ditch, but later, it became more sophisticated with tunnels and flumes.

The couple had 5 children who all grew up in Hawaii, and were immersed in both the Hawaiian culture, and language. Eventually they all went on to become deeply rooted in Hawaii as politicians, philanthropists, and businessmen.

One of the children, William Hyde Rice, became so fluent in Hawaiian, that he was able translate countless Hawaiian oral legends into English. This was important, because Hawaiians previously had no written language. They passed down their history and geneology orally through chants, for generations. William hyde Rice’s writing became such a treasure trove of Hawaiian history, it is still studied today.

William hyde rice went on to be appointed by queen liliokulani who was the reigning Hawaiian monarch at the time, as the governor of kauai. The irony is that rice later participated in the overthrow of that same queen in an all-out mutiny against the monarchy.

In 1872, Rice formed the Kipu ranch and Lihue plantation. He later sold the Lihue plantation land and purchased the Kipu Kai parcel from princess Ruth, also of the monarch family for $3,000. And boy, did he get a deal! To this day, Kipu Kai is a completely secluded, undeveloped beautiful valley with a 2 mile white sand beach and horseshoe bay! This valley has stayed in his family for generations, and is not open to the public. In fact, Kipu Kai is just over the mountain range and just a few miles north of a cave you may also want to visit when you’re here.

There’s even a movie about this story by George Clooney: “The Descendants.” But, too bad, there is no access to this valley. The only way to it is actually by boat. Some local tour companies have claimed they’d take you there - but it’s not true.

Fast forward from the time of William Hyde Rice, while the former Hawaii governor Ariyoshi was staying at Kipu Kai, he wrote in their guestbook, referring to Kipu Kai saying that it was a treasure worth preserving for generations to come. In 1977, Rice’s descendant, Jack Waterhouse, decided to do just that. He deeded the entire land to the state of Hawaii, once all the remaining nieces and nephews pass away; in so doing, accomplishing his purpose in preserving it for future generations. This once $3,000 piece of land is now easily valued upwards to hundreds of millions of dollars, or maybe more accurately… it's priceless.

We talk about it more on our Poipu and Koloa Tour!