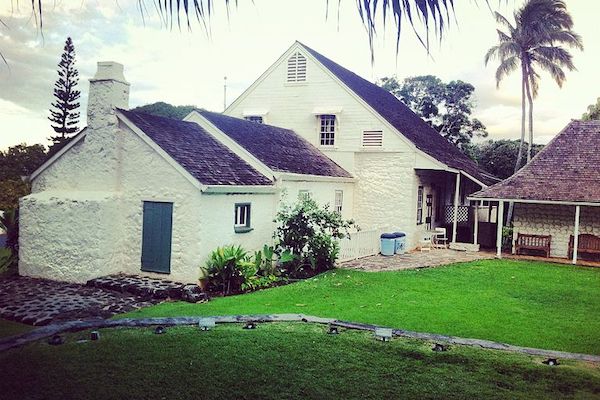 If you are coming up in Wailuku as you explore the west side of Maui, you will have a chance to visit the Bailey House Museum and Iao valley. Iao valley is also where the battle between Kahekili and Kamehameha took place. Now a state park, Iao valley has a short hiking path and beautiful gardens that can be a great place to break out a snack for a picnic. The park is open daily, but keep in mind that it closes in the evening - so it is best to visit only if you still have a few daylight hours left.

On the way into Iao valley, you will also have a chance to visit the Bailey house, which is now a small museum. The Bailey house was built on the site where Kahekili, the last ruling chief of Maui, had his royal compound. In 1833, one of the first western-style houses in Wailuku was built here, with koa wood and lava rock. The house was built as a mission, but quickly changed into a boarding school for Hawaiian girls called the Wailuku Female Seminary.

New missionary teachers, Caroline and Edward Bailey, took over the school in 1840, and a few years later, the church’s funding disappeared and the school was closed. After the school closed, Edward Bailey started a small sugar plantation that was eventually bought by Wailuku Sugar. The home was used as the manager’s home, and then later for plantation offices. In 1956, Wailuku Sugar leased the old Bailey house to the Maui Historical Society for $1 a year. Eventually, the grand old home and complex were donated to the society where it is lovingly maintained as a museum today.

But the old Bailey house is much more than just an old house that’s now a museum. It has seen a lot of Maui’s formative history... and you’ll be able to feel (maybe even smell)  that history as you walk through this venerable old home.

The museum houses over 100 landscape oil paintings that Edward Bailey became known for. There are also ancient Hawaiian tools and weapons, and a carved statue of the demi-god Kamapua’a, who was half-man and half-pig, that was recovered from an upcountry cave where it was hidden for well over a century. There is even a replica of the Hokule’a, the polynesian-style sailing canoe that made a voyage around the world, navigating by the stars.

Outside, there’s a native Hawaiian plant garden, including some of the endangered species of Maui. You’ll also find Duke Kahanamoku’s 1919 redwood surfboard in a shelter outside. And the gift shop is chock full of handcrafted artisan items, and books on Hawaii’s history. It’s a great place to pick up unique gifts or souvenirs. There is so much to see! You can easily spend an hour or more looking around. Be sure to check for the museum’s hours, as they tend to close early in the afternoon.

If you’re in the area, we highly recommend you visit the old Bailey house and experience the history yourself!