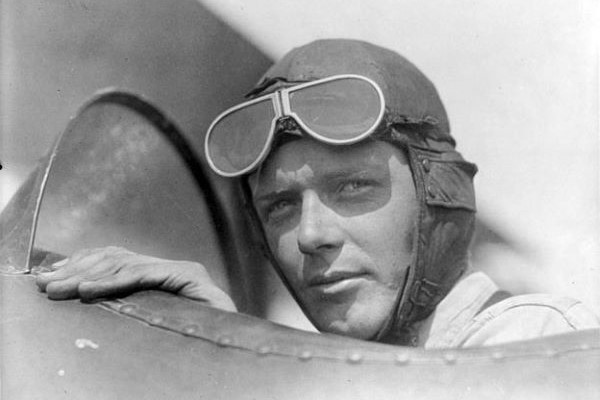 If you didn’t know already, just past Kipahulu, in a remote graveyard, is the final resting place of Charles Lindbergh. For those younger folks, this name may not ring a bell. During his time, he was the most famous man alive. So, why did he choose to be buried in such a remote town in the middle of the ocean? Well, here is his story.

Charles Lindbergh was a 25 year old pilot that flew short distances delivering mail. One day, he heard about a $25,000 cash price to the first person who could fly non-stop from New York to Paris. Young, ambitious, and fearless, he decided to make the attempt, even though others had already tried and failed. On May 20, 1927, the day of his flight, he hadn’t been able to sleep much the night before. His single prop monoplane, called The Spirit of St. Louis, was slow, forcing him to fly the entire day and through the night. At one point, he even started to hallucinate from lack of sleep. Almost 34 hours later, Lindbergh finally reached Paris, a distance of 3600 miles. After a nap, he instantly became the most famous man alive.

Just like his nonstop flight, his fame also followed him nonstop. During his older years, one of Lindbergh’s friends, Sam Pryor, told him “he had found heaven on earth in Kipahulu Maui.” After visiting, he also fell in love with the place - for obvious reasons - and decided to build a home there, in part to get away from the chaos and pressure his fame brought to his life.

in 1972, he was diagnosed with lymphoma, and after receiving various treatments in New York, he knew his health was failing. He told the doctor that “I would rather spend two days alive on Maui than two months alive here in New York.” Well, he got his wish, and passed away just a week later near Hana at the age of 72.

Ironically, after living such a famous life, his funeral, at the Palapala Ho’omalu church, was attended by only a few. On his tombstone are inscribed the words - “If I take the wings of the morning, and dwell in the uttermost parts of the sea.” taken from the book of Psalms.

It's a stop on our Classic, Loop, and Reverse Road to Hana Tours!