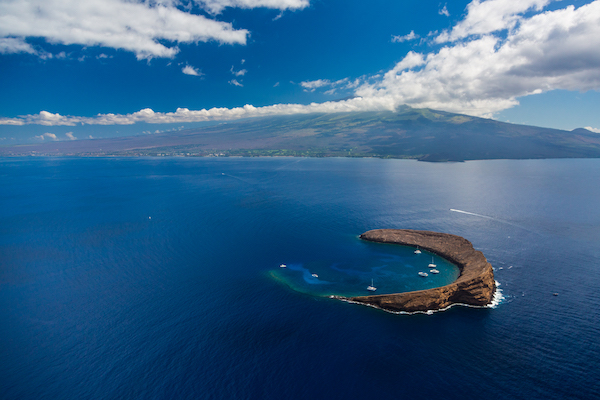 Building Maui - How the Beautiful Mountains and Valleys Were Born

Let's talk story about the geology of the west Maui mountains. You see, this mountain is actually an extinct volcano known as Mauna Kahalawai. It is the older sister of the other famous volcano on Maui - Haleakalā. Kahalawai formed around 1.3 million years ago, and is composed of dark basalt rock formed by pahoehoe or fast-flowing lava. It last erupted 320,000 years ago, so the land you see here is really old! Mauna Kahalawai means “meeting of the waters,” because 4 major rivers originate from it and provide water for west, central, and south Maui.

The mountains here are formed by the volcano, that once stood over 13,000 feet high. That was until the crater exploded and the volcano collapsed under its own weight. Mauna Kahalawai continued to erode, and its highest peak, Puu Kukui, now stands at just half its original height - at almost 6000 feet.

Puu kukui, or ‘hill of light’, is a metaphor used in Hawaiian chants as for the west Maui mountains. “Kukui” is another name for the Candlenut tree, brought here from southern polynesia - the nut's oil was used to light torches.

The best thing about these mountains, is that they comprise the largest private nature preserve in the entire state - with the sole purpose of protecting the watershed lands of the west Maui mountains. And there's a whole lot of water to preserve, too! with over 386 inches of rainfall a year, it's the second wettest place in Hawaii - after mount Wai’ale’ale on Kauai.

Not all the rainfall drains away, either - and whatever doesn’t, has become a bog. The dense soil harbors a plethora of native plants, birds, and insects. Because of Puu Kukui’s extreme climate, many species are uniquely indigenous, rare and dwarfed. So, to protect  them, the preserve is not open to the public.

One of the older cinder cones, named Puu Ka’eo, sits about 1,300 feet high. and later, we’ll And, if you trace the Honokohau stream back about 9 miles, you'll find one of the largest waterfalls on the planet at the head of Honokohau valley! The only way to see it is by helicopter or private plane - or by watching the first Jurassic Park movie. Next to the falls is mount Eke, who’s summit is a flat plateau - a half mile wide - covered with clay-like soil and pools of rain-fed water. There are no trees, only hardy native plants like silverswords and the rare greensword live on mount Eke.

Did you ever wonder why Maui is called the Valley Isle? Well, it’s because the two volcanoes here, Mauna Kahalawai and Haleakala, meet in the middle to form a large valley between them. Most of the land on Maui is located there - hence the nickname, the Valley Isle.

Fancy a visit to the Valley Isle?