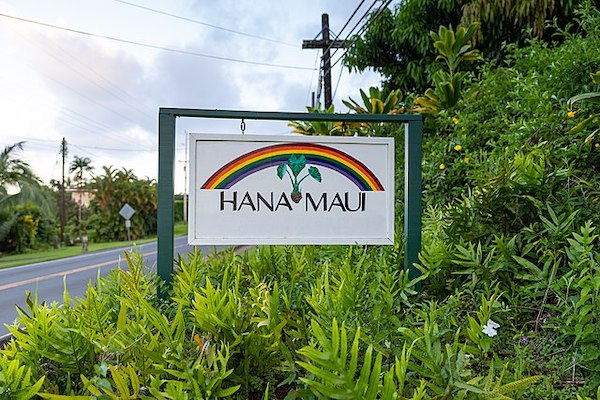 The Backstory of the Town at the End of the Road: Hana's History

Let us tell you a little about Hana's history and background. The small town of Hana actually has quite the history that dates back to ancient times! In 1550, king Pi’ilani married the daughter of the chief of Hana, and in so doing, he unified the entire island of Maui under his rule. Maui was a model island of peace and prosperity for many years.

That is, of course, until a young chief on the Big Island, named Kamehameha, began to rise to power. This upstart Kamehameha eventually invaded Maui with a fleet of war canoes filled with tens of thousands of warriors. And guess what? His siege of Maui started right at Hana bay, where the hill was used as a natural fortress.

It was said that Hana warriors defended the harbor by using slings to throw stones hundreds of yards from the cliffs above with deadly accuracy. However, although the Hana warriors fought bravely, they were no match for Kamehameha and his warriors - equipped with western weapons like guns and cannons. Kamehameha went on from Hana to conquer all of Maui. Eventually, he conquered all islands, and put Hawaii under his rule.

Fast forward a few hundred years, and the sleepy little town of Hana was suddenly put on the map in 1883. That’s when sugarcane became big business in Hawaii. In Hana alone, there were 6 sugarcane plantations.

But eventually, the sugar industry began to fade away, leaving many people unemployed. During this time, one deep-pocketed tycoon named Paul Fagan fell in love with Hana, and purchased the now empty sugarcane fields to raise cattle. In this way, the Hana ranch was born.

A few years later, Fagan opened the Hotel Hana Maui. Between the Hana ranch and Hotel Hana, Fagan employed many of local residents. After Fagan’s death, a large cross was erected on a hill overlooking Hana in his honor.

Inside Hana town, there are a handful of food trucks and a couple nicer sit-down restaurants... and that's pretty much it. Remember, this is a small town! So feel free to drive around town a bit to find something you like. If you are feeling like American style BBQ, the Barefoot Café next to Hana bay has some good food with a great view.

For something a little more ethnic, check out Thai Food by Pranee. For some healthy options like fruit, salads, and fish to go, check out Hana Fresh.

There are also a few local barbeque options just outside of Hana, if you are interested. Bruddah Hutts and koki beach Hulu Hulu Chicken are both solid options if you have a big appetite. Also nearby, the Hana Burger food truck, with its grass fed burgers are also really good.

Also, you should know that not all these restaurants open every day. And if they do, most of them close by 5pm. So, when you come back to Hana after a day of exploring the Road to Hana, don’t be surprised to see many of these eating options closed for the day.

Check out our Classic, Loop, and Reverse tours of the Road to Hana!