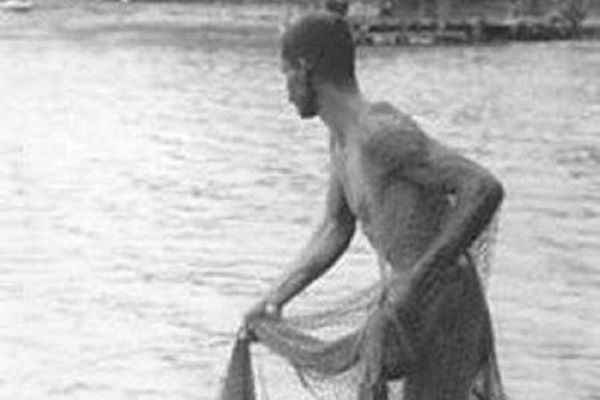 Fishing Techniques in Ancient Hawaii: The Bounty of the Sea

When the first Polynesians landed in Hawaii around the 5th century A.D., they carried with them what we call “canoe plants”- that is, plants that could survive an overseas trip on a canoe… plants like  taro, sugar cane, breadfruit, banana, coconut, sweet potato, yam, and many others.  This practice was essential to how Polynesians and Pacific Islanders traveled, and migrated throughout all of Oceania. And what they didn’t grow in the earth, they caught in the ocean.

These Polynesians, now called Hawaiians, were seafarers by nature. They navigated thousands of miles to Hawaii by using their knowledge of the stars, skies, and sea. For generations, they have used the ocean as their highway between islands and for sustenance. In a way, the ocean was their refrigerator... supplying fresh food daily, like fish, octopus, clams, crabs, and other seafood.

The question is, how did they catch this great bounty of the ocean hundreds of years ago, without modern things like metal hooks or plastic fishing line?  Let me take a moment to explain just how innovative and ingenious the Hawaiians were, in using an assortment of methods to catch fresh food straight from the ocean.

The Hawaiians fished from canoes and from the shoreline with a hook and line. For line, they braided olonā, a type of flowering shrub endemic to Hawaii, that makes a super-strong cordage. Hooks were carved from bones, turtle shell, whale ivory, and wood. Some even made wooden hooks a foot long and tipped them with bone to catch sharks. Stone sinkers carried their lines to the ocean bottom in deep fishing grounds.

To attract a school of fish, they baited the water with smaller fish, shrimp, or crab. They even roasted the ink sac from an octopus and mixed it with plant material. Then, they would put this mixture on the tip of their fish hooks to catch smaller fish, close to shore.

Fish hooks were an integral part of daily Hawaiian life. It is no surprise that they also play a significant and symbolic role in Hawaiian mythology. A certain special hook was part of the legend of the Polynesian demi-god Maui. His magic hook was named Manaiakalani. Stories say that Maui used this enchanted hook to lift all the Polynesian islands from the ocean floor, so his people could live on them.

When fishing in shallow waters, along shoreline ledges, and underwater, Hawaiians also used spears up to 7-feet long. At night, they lit torches, attracting fish to the bright lights. The Hawaiians would then hurl their spears at them with deadly accuracy.

Net fishing is a way of angling where a fisherman can catch lots of fish at once. Fishing nets were also made from olonā fibers, and used from a canoe or from the shore. Sometimes, a village would fish together. When fish swam into the nets in shallow waters, everyone pulled to draw the net to shore. Then, the whole community would share in the catch. This was called a hukilau, meaning to pull ropes.