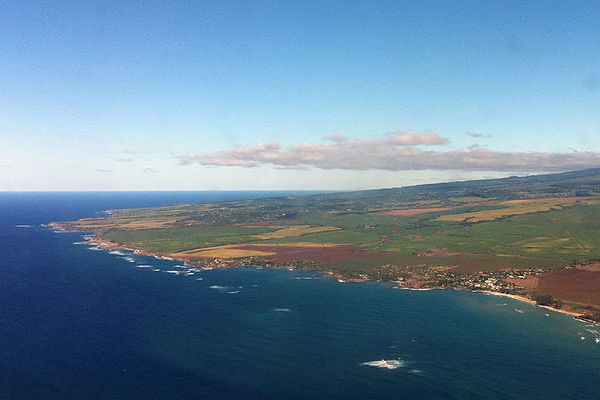 You have probably heard of Kamehameha - he usually gets all the credit for uniting the various islands of Hawaii. But have you ever heard of chief Kahekili? Well, before Kamehameha, there was a great chief here on Maui, named chief Kahekili, who indirectly laid the groundwork for Kamehameha to unite the islands and become king. As a matter of fact, a road in west Maui is named after him - the Kahekili highway.

Let us tell you the story of this great hawaiian chief of both Oahu and Maui... Kahekili.

Kahekili was born in 1737. He was the son of the king of Maui at the time. When he was born, the chiefs of each island were fighting to take control of their own islands, and each wanted more. Since the chiefs were all related to each other, it was a major family squabble - but not just with insults, they used weapons. It was a time of great unrest.

Kahekili grew up to be a great leader and warrior. He was named after the Hawaiian god of thunder, Kanehekili, and considered himself a direct descendant of the gods. He was known as Pahupū, or “cut in two”, because, just like his godly ancestor, he was tattooed in black from head to toe on his right side, and his face was also tattooed black. He was skilled in the ancient art of cliff-jumping, lele kawa, and could leap into the ocean from heights as high as 600 feet or  more. They say that two of his favorite cliff-jumping spots were at black rock in Ka’anapali, and Kahakuloa head near the small town we just passed through. There are also cliffs on Lanai and Oahu that are named for him and his prowess.

They say that Kahekili delighted in war, and he showed it by waging battle with the chiefs on the islands of Molokai, Hawaii, and Oahu. When he was a younger chief, no foreigners had yet landed in Hawaii. He and his warriors waged war in hand-to-hand combat with shark tooth clubs and spears that could rip open gaping wounds.

He recruited men to become pahupū warriors. Just like Kahekili, they tattooed half their bodies black even to the insides of their eyelids. Ouch! For those on Maui, they were protectors who defended territory and were celebrated in their communities. but to those who were their enemies, they were seen as ruthless killers. The wailing of women and children could be heard when the pahupū warriors approached to do battle.

Kahekili had his royal center at Wailuku near the mouth of ‘Iao valley. He was constantly at war with Kalaniopu’u, the high chief from the big island of Hawaii. They mostly fought over Hana, because at that time it was controlled by Kalaniopu’u. This same chief had made several attacks on different parts of Maui to try to expand his control. Kahekili was the victor in most of these battles.

For example, in one attack Kalaniopu’u and his warriors landed at Kaupō on the backside of hana, raided the villages and assaulted the commoners. Kahekili’s men, who knew the countryside intimately, trapped Kalaniopu’u’s men in the hills and defeated them. Another time, 800 Hawaii island warriors landed at Honua’ula only to be ‘killed like fish enclosed in a net’ by Kahekili and his Pahupū warriors.

The most famous victory of Kahekili on Maui was the battle of Wailuku where he had his warriors hide behind the sand dunes surrounding the beach area. When Kalaniopu’u’s army landed, they were taken by surprise and attacked on all sides by Kahekili’s men. No matter what his enemies attempted, Kahekili’s army was invincible!

Racking up the victories, by the 1780’s, Kahekili ruled Lanai, Kaho’olawe, and Maui (all except for Hana, of course). The chiefs on the island of Oahu had agreed that the next ruler of their island would be Kahahana, who was born into an ali’i family on Oahu but had been raised on Maui by his uncle... none other than Kahekili.

Kahahana began ruling Oahu, but Kahekili continued to feed his nephew false information about his advisors and, of course, Kahahana trusted Kahekili. Slowly, Kahekili weakened the government of Kahahana through falsehoods and deception. Until, in the spring of 1783, Kahekili and his Pahupū warriors landed at Waikiki, they divided into three parts, and routed Kahahana’s unprepared army. Kahahana and his wife escaped to the mountains - where they were fed by commoners for over two years. When Kahekili finally found Kahahana and his wife, he had them both killed.

By killing his own nephew, who he had helped raise, Kahekili became the ruler of not only Maui, but also Oahu and Molokai.

By 1790, Kahekili had aged out of active battle, and his son, Kalanikupule, had taken charge of Maui’s warriors. Meanwhile, Kamehameha I was in his early 30’s on Hawaii island, and was aggressively consolidating power. He was seen as a rising threat to Kahekili.

Finally, in a direct challenge to Kahekili, Kamehameha invaded Maui and attacked near Wailuku. Kamehameha had one big advantage - an arsenal of guns and a cannon that he had acquired from western merchants. Kahekili’s brave warriors, led by his son Kalanikupule, were brutally defeated at ‘Iao valley.

After this defeat on Maui, Kahekili received a messenger from Kamehameha who told him of the prophecy that whoever built a temple at Puukohola on the Big Island would rule all of the islands of Hawaii. Kahekili was also told that Kamehameha was preparing to build the temple to fulfill this prophecy.

Kahekili is said to have replied, “go back and tell Kamehameha when the black tapa covers Kahekili, then it is time.” Perhaps Kahekili, in his wise old age, was sending a message to Kamehameha to conquer Oahu after he died.

And just a year later, Kamehameha landed his war canoes at Waikiki and defeated Kahekili’s son in the battle of Nu’uanu. With this victory, Kamehameha assumed power over all of the islands that Kahekili had ruled-  plus the Big Island. Basically, all of the islands except for Kauai - which he already had. A few years later, Kauai surrendered to Kamehameha’s authority and sealed the deal.

Thus, we can see how Kahekili had inadvertently set the stage for Kamehameha to unite the islands, something Kahekili had tried to do his entire life. So, even though Kamehameha gets all the credit nowadays, he probably could not have done it without Kahekili first having paved the way.

Want to visit the sites in this story?