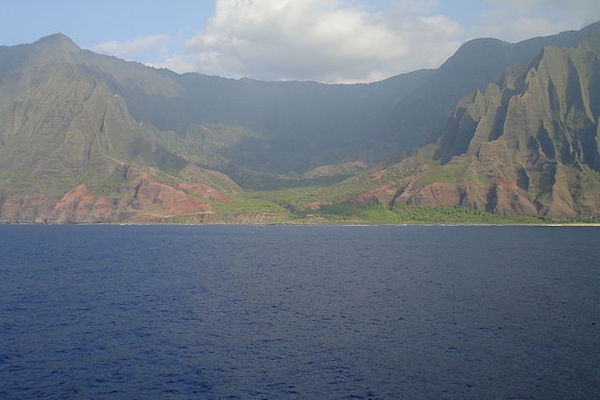 The Ancient Legend of Maui Fishing up the Hawaiian Islands

Let us tell you a few legends about a Hawaiian superhero. His name was Maui - yup, the same guy the island was named after!

Maui was believed to be mighty, born of the gods and having many amazing powers. But somehow, much to his shame, it seems he was a terrible fisherman. Maui was often laughed at and teased by his brothers when he returned home from days of fishing, without a single fish in hand. For a demi-god, the humiliation was unbearable…

One day, Maui decided that it was time that he redeemed his reputation. Using his mystic powers, he made a magic hook from the bone of an ancestor, who was of high rank and great mana - or power. He tied the hook to a long, super strong fishing line, braided from olona fiber.

With his magic hook and a fresh batch of confidence, Maui set out for the deep waters with his brothers to go fishing. Cutting his skin, he drew blood and rubbed it on the hook to serve as bait. He then threw the magic hook into the sea, while chanting one of his magical incantations. The hook sank lower and lower until it hit the ocean floor. Suddenly, Maui felt a tug deep down. Thinking he had caught a great fish, he told his brothers to paddle the canoe with all of their might and not to look back. As they paddled, Maui continued to chant. Slowly... not fish, but islands - long hidden by the gods - began rising from the sea behind them. Amazed at what he saw, Maui again urged his brothers to keep paddling with all their might and not look back. But, growing tired and out of curiosity, Maui’s brothers turned and looked back, only to see that from the depths of the sea, Maui’s magic hook had raised the entire  Hawaiian chain of islands. It’s said that Maui could have risen up a whole continent if his brothers hadn’t stopped paddling and looked back. But, hey! At least they stopped teasing him, eh?

Want to visit the islands that Maui fished up?