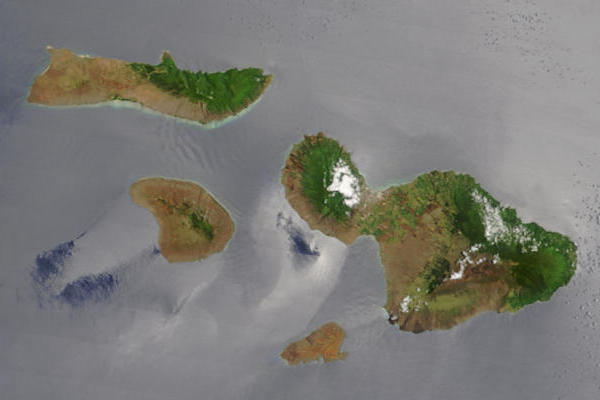 The Creation of Maui: Science and Legend

When it comes to the creation of the island Maui, you can probably understand that science doesn’t quite agree with the Hawaiian legend of Pele - the goddess of fire and volcano - and her digging sticks.

Instead, the scientific version would have you believe that all the Hawaiian islands were formed as magma spewed out from the earth’s molten core through a hole in the earth’s crust. Over millions of years, as tectonic plates moved away from this hotspot like a floating eggshell, a chain of volcanic islands was created.

So, yes, you can say that even though science and Hawaiian legends don’t quite agree on the details, at least they both do agree that Hawaii was formed from volcanoes, and with molten lava.

When it was first formed, Maui and the smaller neighboring islands of Lana’i, Moloka’i and Kaho’olawe was actually all one large island known as Maui Nui.  So, if you had a chance to visit Maui back then, you could have actually driven your rental car to visit all 4 of these islands no problem! Of course, through time and erosion, Maui Nui was broken apart into separate islands where they lie today.

In fact, if the ocean were to rise just 70 feet, or 20 meters, the valley area in central Maui would be submersed, and Maui would in fact become two separate islands. But for now, thankfully, Maui’s central valley is safely cradled by these 2 volcanoes, Haleakala in the east and Kahalawai in the west.