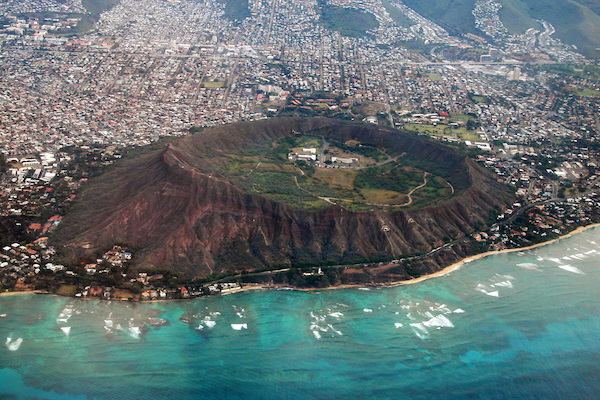 How Diamond Head was Formed - Oahu's Volcanic Past

Let's talk a little bit about the geology of Oahu. You see, Oahu is the remains of three extinct volcanoes: Wai’anae, Ko’olau, and Kaʻena. They last erupted between 10,000 and 2.5 million years ago. On the flanks of these giants are lots of cinder cones, formed when volcanic ejecta (that’s bits of lava, cinder, and ash) fuses around a volcanic vent. They have a distinctive ‘bowl shape’ at the top. Now, we know you’re familiar with Diamond Head in Waikiki. Well, did you know it’s actually a volcanic cinder cone? During the last years before the Koʻolau volcano went dormant, it woke up and started spewing lava from cracks in the earth - forming that distinctive bowl shape, with a sunken interior.

Want to learn about how Oahu was formed?