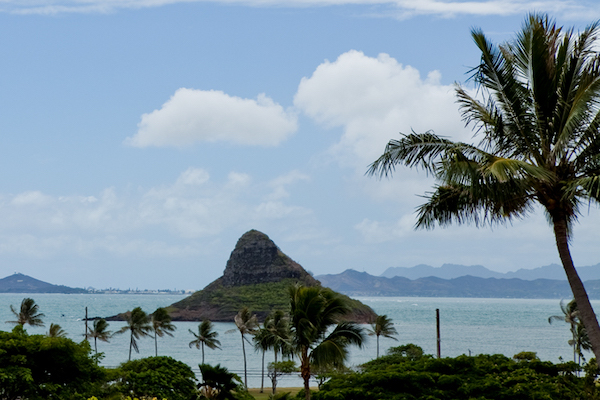 The Legend of Mokoli’i Island

Chinaman's Hat was nicknamed for its resemblance to the straw hats worn by early chinese immigrants. Its name in Hawaiian is Mokoli’i, or “little lizard”. At one time Mokoli’i was connected to Oahu before erosion completely separated it to where it lies today.

In ancient times, Mokoli’i, along with the nearby Kualoa area, was considered one of the most sacred places and a dwelling place of kings and queens. Ancient canoes that passed the island had to lower their sails to show respect, or the punishment was death. In Hawaiian legend, it's believed that the island was formed when a huge lizard attacked the goddess Hi’iaka. The goddess ferociously killed the creature and threw its tail into the ocean. The tail became Mokoli’i island and the rest of the lizzard is the nearby mountain range.