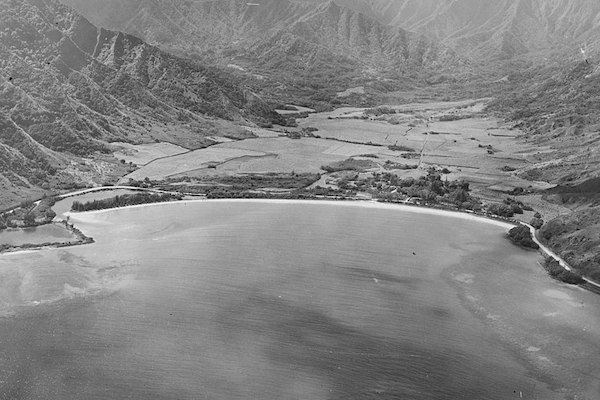 Have you heard about a valley called Kahana in Oahu? In ancient times, this valley was home to a thriving and busy community. With the rich volcanic soil and abundance of rainfall, There was plenty of food from land and sea to support the population.

In fact, in ancient times, fishermen of this valley developed a brilliant way to ensure a bountiful catch. A fish watcher would climb up to the top of the cliffs above, where he could see large schools of fish down in the bay - as they would sparkle and reflect sunlight like a mirror.

When a school of fish was spotted, the fish watcher would wave flags and direct his fellow fishermen waiting down in the bay in fishing canoes, where they should cast their net. The catch would then be divided equally among the people who lived in this ahupua‘a, or valley. Theyw ould also create a guest share for any passersby or visitors. It is said that this was an early example of the aloha spirit.

Want to learn more about Hawaii's history? Check out our Oahu driving tours!