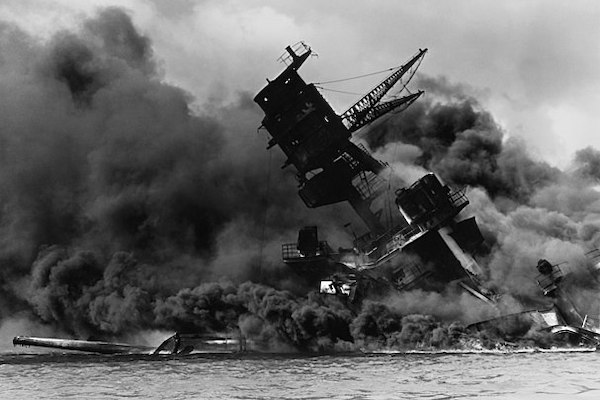 Pearl Harbor is historic - and still an active military base. In fact, Pearl Harbor is the headquarters of the US Pacific Fleet. And it was what happened there, on a quiet Sunday morning more than 70 years ago, on December 7, 1941 that brought the United States into the battlefields of World War II.

Early on that fateful morning, the northern station caught a large blip on the radar screen. The commanding officer mistakenly said “don’t worry about it,” thinking it was B17 bomber planes flying in from California on the way to the Philippines. Little did he know, that more than 350 Japanese planes, dive-bombers, submarines were heading their way with bombs and torpedoes locked and loaded.

The attack was well planned and executed, taking the US forces by surprise and leaving horrific devastation in its wake. Before there was much of a chance to fight back, it was over in a quick 90 minutes. One of the 18 ships sunk that day was the USS Arizona. Hit by 4 armor piercing torpedoes, there wasn’t enough time for escape and almost the entire crew sank to the bottom of the harbor taking more than 1,000 lives in a matter of seconds.

What happened to Pearl Harbor that day, eventually led the US to seek revenge against the Empire of Japan with the attack of atomic bombs in Hiroshima and Nagasaki 4 years later. What happened not only shocked the whole world, but also forced the Empire’s unconditional surrender.

Today, millions of people visit the USS Arizona Memorial each year to remember Pearl Harbor and the fallen soldiers. If you haven’t been there, I highly recommend a visit.

Also consider visiting the nearby USS Missouri; a veteran battleship and the site of the WWII Pacific surrender ceremony, where General MacArthur of the U.S., Japan’s Foreign Ministers Mamoru Shigemitsu, and delegates from other nations signed the surrender documents.

We discuss it on our Grand Circle Island Tour!