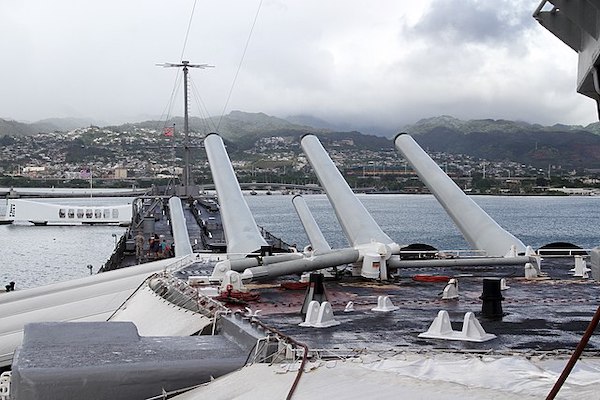 How the US Obtained Pearl Harbor in 1875

Pearl Harbor is the one of the most spotlighted destinations of Hawaii. The USS Arizona Memorial, the battleship USS Missouri, a fully restored World War II submarine, and an aviation museum constitute the only US National Historical Naval Base Landmark.

This historical location is a resting place of 1,177 people who lost their lives from the deadly attacks on the US fleet, ground installations at Hickam Air Force Base, and Schofield Barracks by the Empire of Japan on December 7, 1941.

That quiet Sunday, which President Franklin Roosevelt described as “a date which will live in infamy,” marked the United States’ entrance into World War II.

Originally a shallow and widespread bay area, Pearl Harbor was an important harbor to the native Hawaiians because of its abundant supply of fish and pearl-producing oysters. It was originally known by the native Hawaiians as “Wai Momi” (meaning “Water of Pearl”) and “Pu’uloa.” Pu’uloa was believed to be home of Ka’ahupahau the shark goddess and Kahi’uka, her brother (or son), who guard the waters against man-eating sharks. Since the late 1800s the shallow entrance was believed to be important to kanaka maoli or the native people of Oahu. It was also recognized by the US government to be strategically important for protecting the Pacific states from prevailing territory invasions.

The Reciprocity Treaty of 1875 between the US Government and the Hawaiian Kingdom granted the US Government the exclusive rights “to enter Pearl Harbor … and to establish and maintain there a coaling and repair station for US vessels.  To that end the US may improve the entrance to said harbor and do all things useful to the purpose aforesaid." This treaty would prove to forever change Hawaii.

Within decades, the originally tranquil Pearl Harbor was developed for the use of large navy ships, and was eventually turned into a naval yard. By 1914, the Pearl Harbor area had been transformed into a major site for bases housing US Marines and Army personnel as well as artillery and other various units. Thousands of military personnel and workers flooded to O’ahu from the US Mainland, adding significantly to the already-diverse population.

In response to the increasingly aggressive tactics of the Empire of Japan in the late 1930s, Pearl Harbor was further expanded and improved to eventually house the US Pacific Fleet. However, during the fatal attacks on Pearl Harbor Japanese aircrafts killed and wounded over 3500 people, sank or badly damaged 18 battleships – including all eight of the US Pacific Fleet – and damaged over 350 aircrafts. Although this attack took 1,177 lives and sunk many battleships - including the USS Arizona - it did little damage to the infrastructure of the base. These facilities became the critical tools during the war that allowed the US warships to remain fighting and ultimately defeat the Empire of Japan.

Pearl Harbor remained the homeport of the US Pacific Fleet after the war and continues to be a vital facility in supporting US naval operations even today.