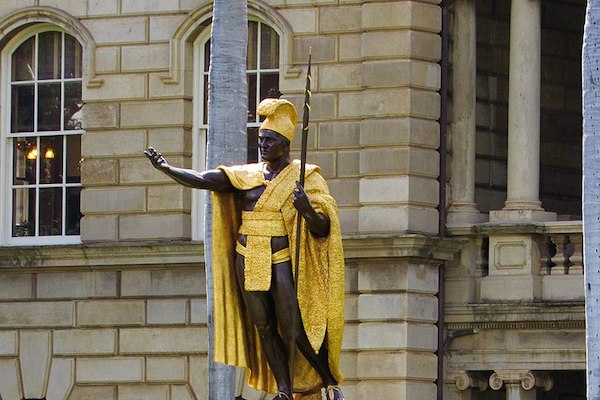 The Legendary Kamehameha Line of Kings

I’m sure you’ve heard a lot about King Kamehameha the Great. Let us tell you more about him, and his contributions to Hawaii’s rich history and culture.

After his death, there was a succession of 4 kings, all his descendents - and named after him - that went on to rule the Kingdom of Hawaii for more than 50 years. During this time, Hawaii became a great interest to Western countries for its rich resources and ideal location. With more foreigners visiting the islands, the social and moral system that governed Hawaii for more than a thousand years came under attack. It was known as the Kapu system. After Kamehameha II ascended to the throne, he abolished the Kapu by openly eating with his step-mom, Queen Ka’ahumanu, wife of King Kamehameha the Great.

You see, at that time men and women were forbidden by the Kapu system to even eat together. As much as it seems absurd in today’s standard, it was the set of rules that governed ancient Hawaii. And almost overnight, was done away with.