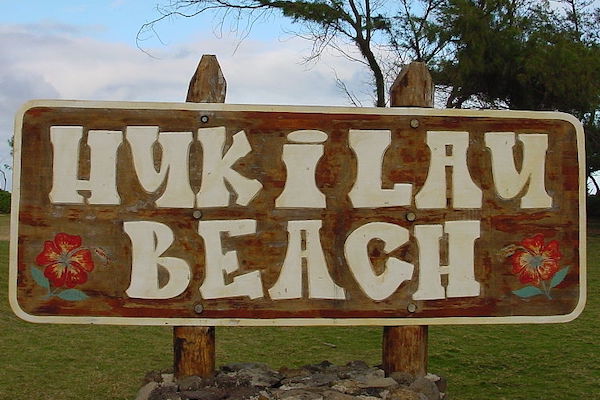 The Hukilau Luau: The Fundraiser Event that Went Down in History

Have you heard of the Oahu town called La'ie? Located on the North Shore, this is a very special place. In ancient times, La'ie was a pu'uhonua or place of refuge, where people who broke the strict traditional rules could find safety and be absolved of their crimes. In 1865, the land around the area was purchased by The Church of Jesus Christ of Latter-Day Saints. You might know it as the Mormon Church. The Mormon settlers established a sugar plantation, and once a water pump was installed to help with irrigation, the community flourished.  A huge temple was established during this time, which is modeled after descriptions of King Solomon’s temple in the bible. The sugar plantation eventually closed, but the land was used to establish a university - Brigham Young University, Hawaii.

In the 1940's, a chapel in La'ie accidentally burned down. To raise funds to build a new one, La'ie residents decided to stage a hukilau - to attract paying tourists from Waikiki. A hukilau is a traditional fishing method, where a net is cast into the sea and large crowds of people help bring in the catch. In 1948, the people of La'ie managed to attract 2,000 paying visitors to the hukilau – an amazing feat in those uncertain days after World War II! After participating in the hukilau, singer Jack Owens wrote “The Hukilau Song” - the well-known Hawaiian melody - that is still sung at luaus today.

Legend has it that one of the greeters at this hukilau was a man named Hamana Kalili, who had lost the middle three fingers on his hand after an accident at the sugar mill. He would wave to visitors with only his thumb and pinky sticking out - and before you know it, the shaka sign was born! The shaka hand sign has become Hawaii's signature greeting, and - like aloha - it has many meanings: hi, thank you, take care. So give it a try! It’s simple: open up your palm, fold down your three middle fingers, and leave your thumb and pinky extended. There you have it, the shaka sign! When you wave it, it’s like you’re telling someone aloha.

Want to learn more about Hawaii's history and legends? We share loads of stories on all of our Oahu driving tours.

RELATED: The Wildlife Refuge Protecting the Oldest Known Bird in the World