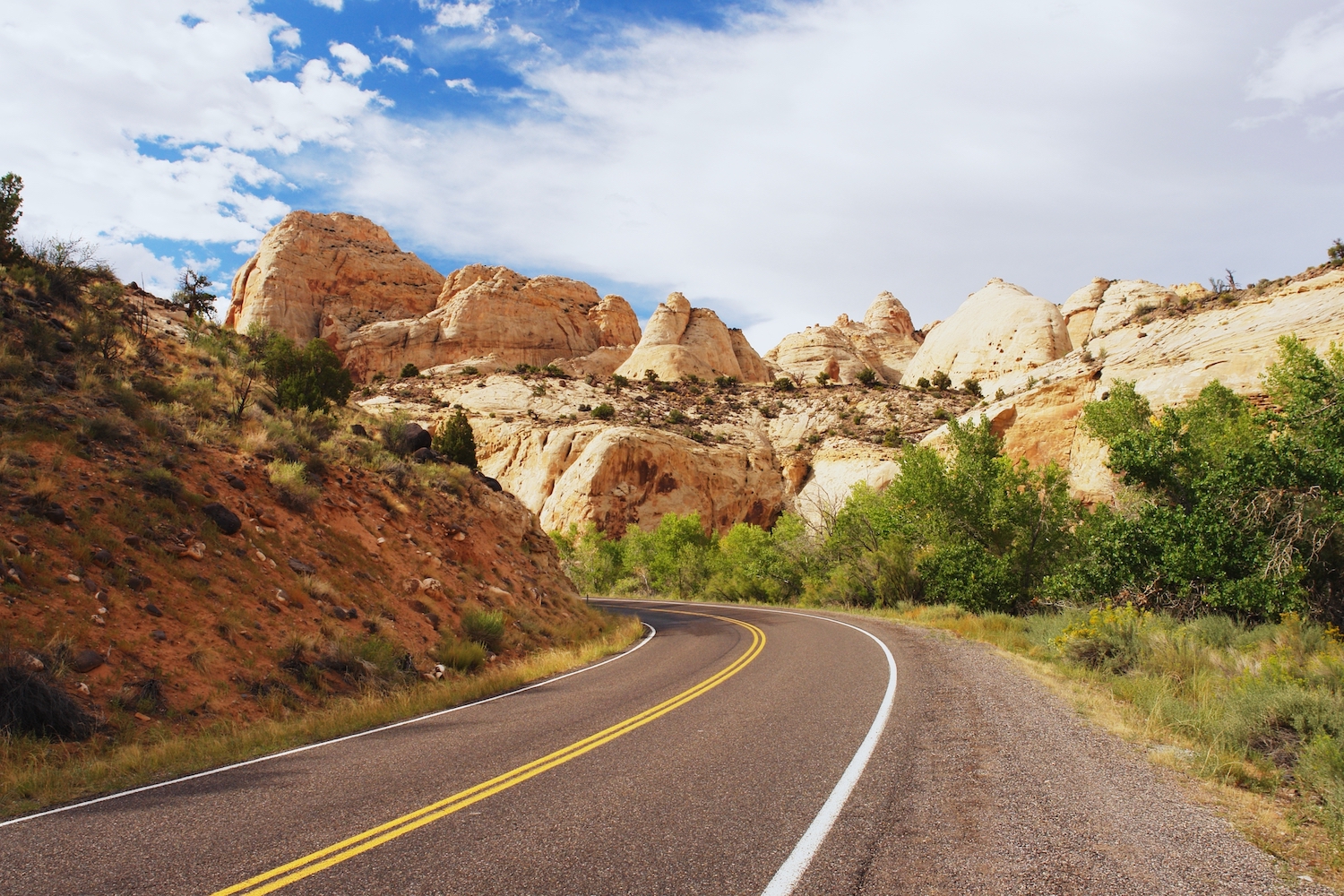 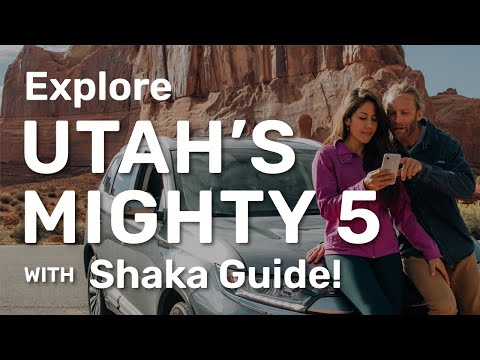 Capitol Reef National Park boasts some of the most impressive and important geology in all of southern Utah. More than that, the park offers a one-of-a-kind window into the state’s past. There’s plenty to see and do and with Shaka Guide, we’ll take you to historic spots, scenic overlooks and family-friendly hiking trails.

Here are just a few of the fun things you can do on the tour!

KNOW BEFORE YOU GO:

Continue straight - Reminder to get gas

Land of the Sleeping Rainbow

Continue Straight for the Fruita Orchards

PARK IN THE ROUNDABOUT

Continue Straight for the Fruita Orchards

RTN - Turn left onto Scenic Drive to continue the tour

Let's get back to State Route 24

TURN LEFT FOR THE VISITOR CENTER

Left for the park or right for Hanksville

The Land of the Sleeping Rainbow

The Blue Gate & The Land of the Sleeping Rainbow

Continue straight on 100 W for half a mile

RTN - half a mile back to state route 24

Turn left for the Wolverton Mill

Turn right onto Coal Mine Road

So much more to see

Where does the Capitol Reef National Park Tour go?

This tour has 19 stops. Check out the itinerary here for a complete list of stops and if you’re looking for more information to help plan your trip, here’s what you need to know before you go!

This tour has 19 stops. Check out the itinerary here for a complete list of stops and if you’re looking for more information to help plan your trip, here’s what you need to know before you go!

What are the hours of operation for the stops on the Capitol Reef National Park tour?

How can I find out road conditions before I visit the Capitol Reef National Park tour?

Before visiting the park, call 435-425-3791 and use the automated answering service to check road conditions.

Yes! Feel free to join the tour along the route. Just make sure that you follow the numbers in chronological order from where you are starting from.  If you don’t begin at one of the tour starting points you’ll miss a few stories, but you’ll still have a great experience.

Can I take the Capitol Reef National Park tour in the opposite direction?

Yes! This tour is available in both an east to west and west to east direction. When you go to start the tour select the starting point and direction that works best for you!

Other Questions for the Capitol Reef National Park tour? Contact us!

Your purchase gives back

Worth it! Good value for money.

Well explained and useful. Thanks!

This app is awesome the greatest thing since PB&J!! Seriously! It’s so informative and precise on all of the locations, and believe me, if you’re going to go on a Hana road trip, you want to know everything you can before and while you’re there. I absolutely love this and would recommend to everyone!!!

We used this app to drive the Road to Hana. It was amazing. It had attention detail, like calling out where to stop for restrooms, which proved to be invaluable since there were long stretches without any. That was so clutch. Downloading the tour beforehand was great so it still ran when we lost cell service. It seemed like they’d thought of everything. Even the filler music between the guide’s instructions/facts was nice. I’d highly recommend this app.

It's your vacation - what you see and do is up to you. You choose where to stop on the tour and how long to stay.

Every tour stop, story and song has been carefully curated so you can make the most of your vacation.

Let Us Be Your Guide

We use GPS to give you reliable, turn-by-turn navigation to our favorite spots. We’ve done the research so you don’t have to.

Audio tours play based on your GPS location