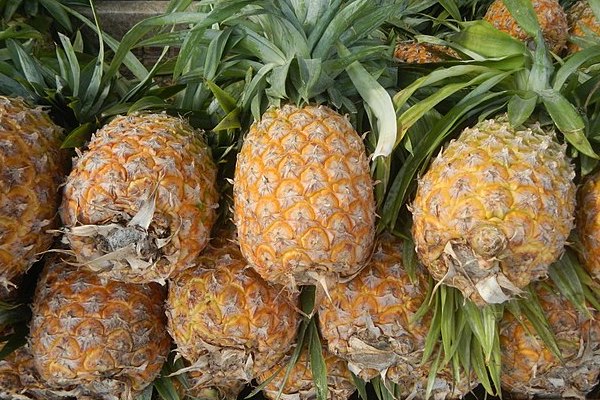 The Dole Plantation: How a Luxury Food Became a Tabletop Staple

Once you see this awesome view of pineapple plants, You’re very near the world famous “Dole Food Company” - a multi-billion dollar conglomerate, which got started right in Hawaii.

Pineapple is actually native to South America. It’s said that Christopher Columbus was the one who gave pineapple its name. “Pine” because its exterior appearance resembles a pine cone, and “apple” for its sweet and juicy taste. It takes about 2 1⁄2 years for a pineapple plant to mature and bear fruit - and each plant usually produces only two pineapples in its lifetime.

Pineapple quickly became a sensation in Europe after explorers brought it back from the Americas. It was a symbol of wealth due to the enormous cost it took to cultivate it. No one knew how exactly pineapple was introduced in Hawaii, But it wasn’t until James Dole came along in 1901, that pineapple production in Hawaii rose to an industrial scale. Dole was a fresh Harvard graduate when he came to Hawaii and saw a tremendous opportunity in this delicious fruit. With the latest technology at that time, Dole had the pineapple peeled, processed and shipped off in cans.

With lots of marketing, Dole eventually made canned pineapples a household food throughout the world. In fact, Dole’s business grew so large that he eventually purchased the island of Lanai and turned it into a 20,000-acre pineapple plantation. At one point, Hawaii supplied 90% of the world’s canned pineapples.

Well, if all this talk about pineapple makes your mouth water, then come and visit the Dole Plantation! It's a great place to try fresh Hawaiian pineapple or the very popular, amazing pineapple ice cream called “Dole Whip”. Besides pineapple, Dole Plantation also has some fun activities, such as a life-size maze that made the Guinness World Records, a koi pond to feed fish, and a Pineapple Train that takes you through a pineapple field.

Want to visit the Dole Plantation?

It's a part of our Grand Circle Island Tour!