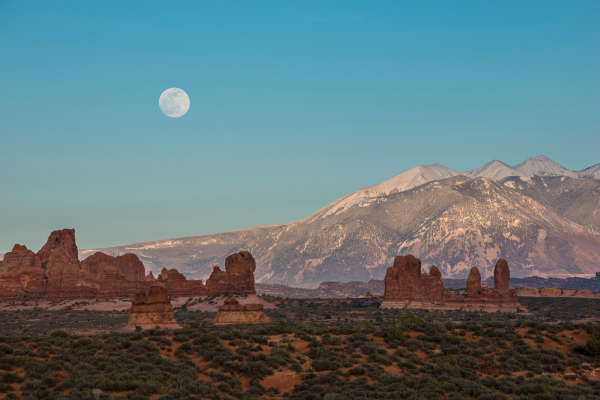 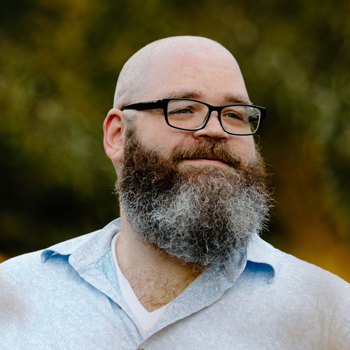 The La Sal Mountain Loop Scenic Backway is a route that takes drivers from Moab, up to the La Sal mountains, through valleys, past incredible scenic overlooks and rock formations, along the Colorado River, and back to Moab. While the route isn’t exactly seasonal, it is possible and even likely that sections of it will become impassable during the winter months. For this reason, we recommend driving the La Sal Mountain Loop March through October.

In Moab, where the loop begins and ends, the weather is similar to other high desert areas. Highs range from mid 40s (7°C) in January and February, to the 100s (38°C) in July. Lows at night range from 20°F (-7°C) in the winter to 65°F (18°C) in the summer. The city averages just below 10 inches of rain a year and is generally sunny. Winter sees an average of nine inches of snowfall. The wettest time of year is July through the beginning of September, known as the monsoon season. It is not recommended to drive the La Sal Mountain Loop during a rainstorm so be sure to check the weather before you head out.

When's the Best Time to Visit the La Sal Mountains? 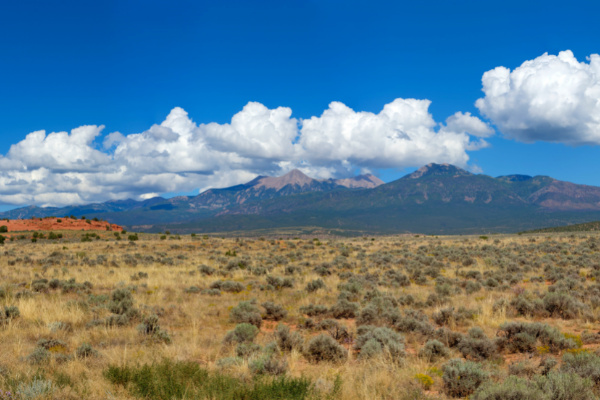 by PhotosbyJam from Getty Images

This is the most popular time of year for hiking around Moab. March sees the highest number of backpackers, climbers, kayakers, etc. compared to any other month - and for good reason - the temperature is mild and rainfall is light.

But as you ascend into the La Sal mountains, temperatures drop. It’s not uncommon for snow to remain into March and April. Traffic is still light this time of year as Moab isn’t hot enough to force locals to escape the heat. There will however be traffic around the more popular trailheads, like Fisher Towers and Brumley Arch, so get an early start. Hotel prices in Moab shoot up in the spring so be prepared to pay a premium, especially if you book last minute. The cost of flights into area airports also goes up in spring due to the crowds of people trying to get there. 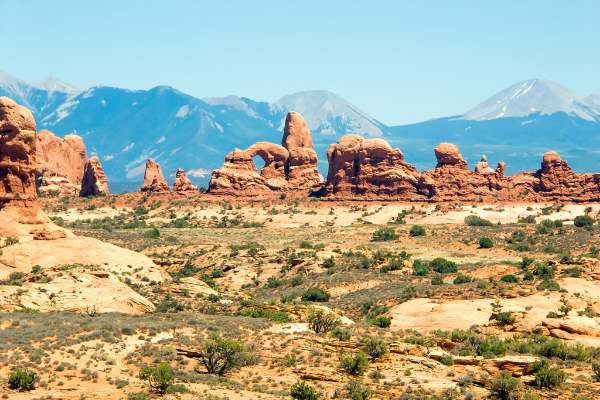 by Kenneth_Keifer from Getty Images

If you want to have a fun and safe time in Moab in the summer, make sure to drink plenty of water and wear a hat, sunglasses, and sunscreen - remember, temperatures peak into the 100s at this time of year. Even with the high temperatures, summer is when the Loop will be at its most crowded, especially along the Colorado River. The road is steep and narrow in places and includes switchbacks, so watch your speed. Also keep an eye out for cows on the road as the area is still used for grazing.

Be sure to check the weather before you head out - summer is monsoon season.

Hotels and Flights into nearby airports are at their most expensive in July and August due to the summer vacation season, so keep that in mind while making your plans. However, if you book early and fly on weekdays instead of weekends, you can find fares below $500. 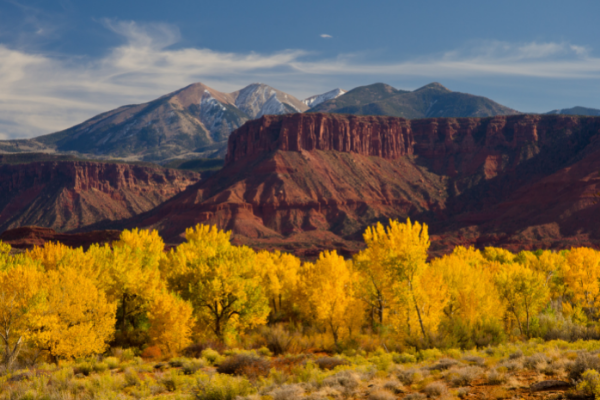 Fall is a fine time to drive the La Sal Mountain Loop, provided the roads are still intact from the heavy rains of monsoon season! Most of the roads are paved, though a few roads to optional stops are gravel. We’ll let you know which gravel roads are generally better maintained than others.

During autumn, traffic dies down on the Loop as temperatures drop and soon you’ll feel like you have the road all to yourself. Sometimes, at least. Prices for hotels, flights, rentals, and more are just beginning to drop, though they’ll stay relatively high until the end of October. A flight into local Canyonlands Regional Airport may run you about $350-$400, which is still less than during peak summer. Hotels, too, are dropping their prices as rooms become available. 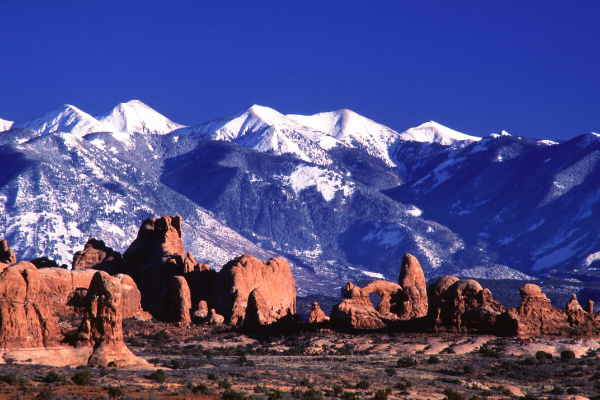 by Ericfoltz by Getty images

Winter may be a great time to find a deal on flights and hotels in Moab, but it is not a great time to attempt the La Sal Mountain Loop. Moab may only see 9 inches of snow a year, but up in the mountains, it snows over 30 inches a year. It also takes a lot longer for that snow to melt or be cleared due to the cold and remoteness. You do not want to get stuck in the snow on the Loop. Also, many of the hiking trails become snowed out. That said, as noted earlier, most of the route is paved and it does eventually get plowed after a snow, so if winter is the only time you can visit, the Loop is open for business.

Annual Events In and Around Moab

Moab and the surrounding area hosts a number of exciting annual events. You can plan your trip to coincide with one or more of these events, or simply see what’s happening when you get there. Here are some of the highlights:

Ready to start planning your visit to Manti-La Sal National Forest? Check out our La Sal Mountain Loop driving tour! We’ll guide you to the best stops with turn-by-turn navigation, stories and music along the way.