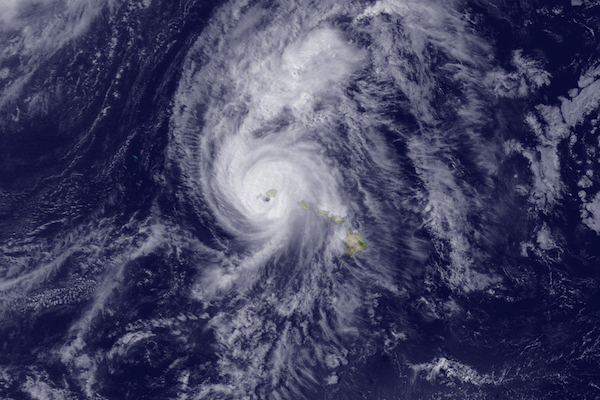 Hurricane Iniki: How a Huge Hurricane Brought Kauai Closer Together

Let us tell you about a major hurricane that hit Kauai about 20 some odd years ago. They called the hurricane Iniki... and even though it’s been more than 2 decades since it hit, for many on Kauai, it still feels like it just happened yesterday.

On September 12, 1992, this category 4 hurricane slammed directly into Kauai's south shore. As the hurricane’s eye passed over the island, it shook and destroyed almost everything in its path. With winds over 170mph, it uprooted trees, knocked down electrical wires and destroyed houses and buildings. Iniki was the most powerful hurricane to strike Hawaii in recorded history. Many major resorts in Poipu and Princeville were also severely damaged. Luckily, due to advanced warning, casualties were minimal.

The aftermath of hurricane Iniki was long and difficult. With 30% of electrical poles knocked down, the majority of Kauai was out of power for over a month.

Wow, can you imagine living without power for a month? What’s worse, since more than 5,000 homes were destroyed, over 7,000 people became homeless. Despite the difficult circumstances, most local Kauai residents remained calm and courteous to each other.

It was said that many local shops opened their doors and offered their goods and foods for free - but many people still insisted on paying. Now that is the aloha spirit.

Community parties were arranged so that perishable foods could be consumed and not wasted because power was out. So even though hurricane Iniki wiped out almost everything on Kauai, it takes more than a little wind to wipe out the aloha spirit, eh?

In fact, there’s a great story of rebirth thanks to hurricane Iniki. When the storm surge came flooding in a small screen print shop in Waimea town, it drenched and stained all the white shirts  the color of the local red dirt. Well, instead of tossing all the damaged shirts out and cutting his losses, the owner came up with a brilliant idea. Why not sell shirts stained with Kauai’s red dirt, and call them “dirt shirts?” A great idea with a supportive local community became an instant hit, and the Kauai dirt shirts were born. So, if you see places selling these dirt shirts, it’d be fun to check them out!

Want to pick up some Kauai dirt shirts?