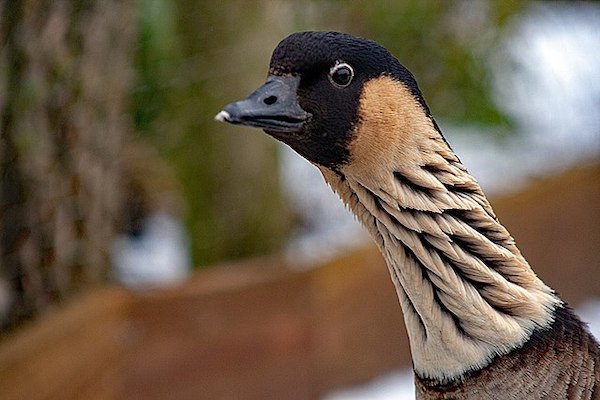 How Plants & Animals Made it to Hawaii, and How They've Evolved Since

If you’ve seen the map of Hawaii, you’d know that the Hawaiian islands are smack dab in the middle of the vast Pacific Ocean, far far away from the rest of the world. Have you ever wondered how the diverse animal life and vegetation came to Hawaii? Well, after the intense volcanic eruptions that formed the islands stopped, the red hot molten lava cooled, forming fields of black dried lava. Slowly, the mosses, lichen, and early seeds were either blown to Hawaii by the wind, or by ocean currents - clinging to floating debris. Other seeds likely lodged in the feathers of migratory seabirds. In this tropical paradise, plants that arrived in Hawaii quickly evolved into an amazing diversity of species.

After plants, birds also came to inhabit the islands. Somehow in the past, for example, a finch got blown off course and landed in Hawaii. Now, after hundreds of thousands of years, there are 45 different species of finch - known as  honeycreepers. Each of these honeycreepers species is unique to Hawaii, and has a beak that is adapted to the specific shape of the flowers so they can reach the nectar.

Interestingly, some birds in Hawaii even evolved to give up flying completely! In the early 90s, there was a lava tube discovered here on the slopes of Haleakala, that had a treasure trove of bird fossils. These were extinct birds that didn’t fly at all. These birds preferred walking and foraged in the abundant underbrush, much like the dodo bird and ostrich found in other parts of the world.

Another species unique to Hawaii is our state bird, the Nene goose. This goose actually evolved from a Canadian goose, which either migrated from Canada to Hawaii or was also blown off course some 500,000 years ago. Over the years the Nene goose has evolved, and  lost much of the webbing on its feet. Instead of living close to  water, like its ancestors, the goose now actually walks on the rugged lava rocks in Hawaii, feeding on grass and berries. Only about 60 years ago, due to excessive hunting, there were once only 30 Nene left in the world. Yeah, only 30! Through careful captive breeding programs, these birds are coming back with over 1,000 birds found in the wild today. If you are lucky, you may get a chance to see them near the lower visitor’s center. But please keep your distance, and remember that nenes are still a critically endangered species.

Inside the Haleakala national park, you can also come close to another endangered species - the Silversword plant, or ‘Ahinahina in Hawaiian. Ahinahina is a round-shaped small shrub with white sword-shaped leaves. This little shrub can live up to 90 years or more! An interesting thing about this plant, is that it only flowers once - right before it dies. And this flower it produces right before it’s death is no ordinary flower either. Ahinahina’s purple stalk of flowers can sometimes reach a towering-6ft height! I guess you can say that the ‘Ahinahina is one plant that likes to go out in style!

Want to view some of these unique species?